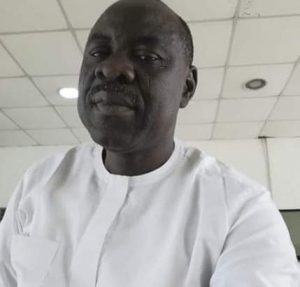 The Chief Press Secretary (CPS) to Gov. AbdulRahaman AbdulRazaq, Malam Rafiu Ajakaye, confirmed the passing away of Abel to the News Agency of Nigeria (NAN) on Monday in Ilorin.

NAN reports that Abel, who hailed from Igbaja in Ifelodun Local Area of the state, died on Saturday of a suspected heart attack in his sleep at his home town.

Ajakaye said the late Abel was newly appointed as Commissioner to serve his motherland.

He said: “That was one death too many. We are still shocked at the untimely death of Hon. Olatunji Abel who was always full of life.

“He was a great party man, a man of the people, and a die-hard believer in the great works of the Governor.

“He was recently nominated to contribute his own quota to the development of our dear state but it has pleased our creator to recall him at this time.

“We are however consoled by the fact that the late Hon. Abel was a good man who played his own role very well while on earth.

“We sincerely commiserate with his family, friends and associates.

“We pray to the Almighty God to rest his soul and comfort his family at this trying time,” Ajakaye said in a statement. (NAN)