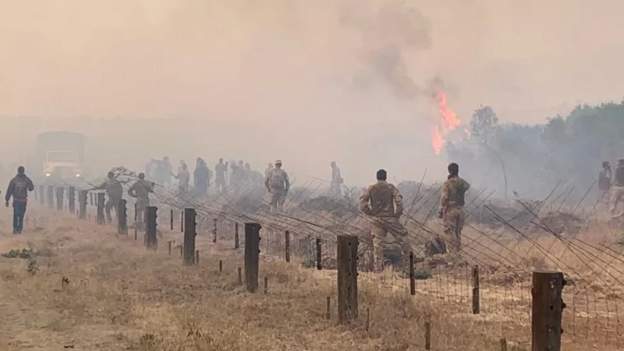 A Kenyan court has given a community in northern Kenya 60 days to lodge compensation claims over a fire that destroyed thousands of acres of land during a military training exercise by the British army in March last year.

A lawyer representing the British Army Training Unit Kenya (Batuk) said a liaison committee formed by the Kenyan and UK governments will be publishing the compensation process later this week.

The Lolldiaga community has been embroiled in a legal dispute with Batuk following the inferno that laid waste to an estimated 10,000 acres during a training exercise.

At the time of the blaze, one British soldier allegedly wrote in a Snapchat post: “Two months in Kenya later and we’ve only got eight days left. Been good, caused a fire, killed an elephant and feel terrible about it but hey-ho, when in Rome.”

The petitioners say the fire caused an environmental disaster.

Lawyer Kevin Kubai representing more than 1,000 members of the community confirmed receiving the claim forms from those affected and he plans to submit them from next week.

The conservancy is home to animals such as elephants, buffalos, lions, hyenas, jackals and the endangered Grevy’s zebra.

Read more on the background to this story: