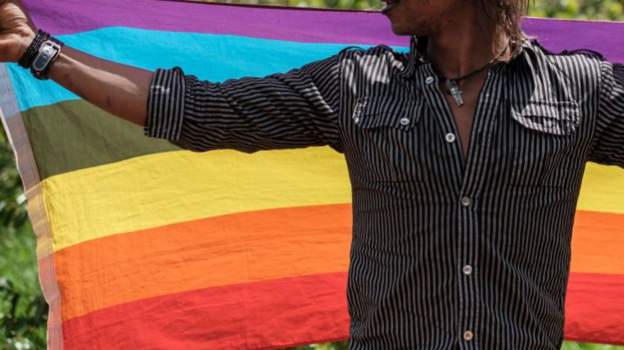 LGBT refugees in one of Kenya’s biggest camps for displaced people are asking to be relocated because of what they have described as an increase in discrimination and harassment by other refugees in the camp because of their sexual orientation.

One of the refugees, who asked not to be identified due to fears of further backlash, told the BBC “we do not feel safe at the camp any more”.

Kakuma is run by the United Nations Refugee Agency (UNHCR) and is one of the biggest refugee camps in Kenya, hosting hundreds of thousands of internally displaced people, as well as those from neighbouring countries.

Last week there were protests by LGBT groups in the camp, who complained about harassment and abuse towards them, which led to the temporary arrest of 18 people, scuffles, and the use of tear gas.

All of those detained were released the next day after UNHCR officials negotiated their release.

“We are fed up, Kakuma is no longer safe for us as members of the LGBTQI community. We are threatened. We have made complaints to the UNHCR and no action has been taken,” said the refugee.

They allege that the discrimination and harassment has made it close to impossible to access social services like education and events held at the camp because they are not allowed to mingle with the rest of the community.

A UNHCR spokesperson told the BBC that the body has been working with the LGBT community at the camp to guarantee their safety and security by increasing police patrol where they live and work, with community volunteers to help integrate them and increase awareness about protection of their rights and equality.

“The UNHCR remains committed to working towards ensuring the protection of, and finding durable solutions for, all refugees regardless of their culture, nationality, sexual orientation, gender identity, religion, or any other factor,” said UNHCR spokesperson Charity Nzomo.

“We are committed to ensuring that all refugees and asylum seekers residing in Kenya, including those with an LGBTIQ+ profile, are provided with the best possible protection and assistance on a fair and equal basis,” Ms Nzomo continued.