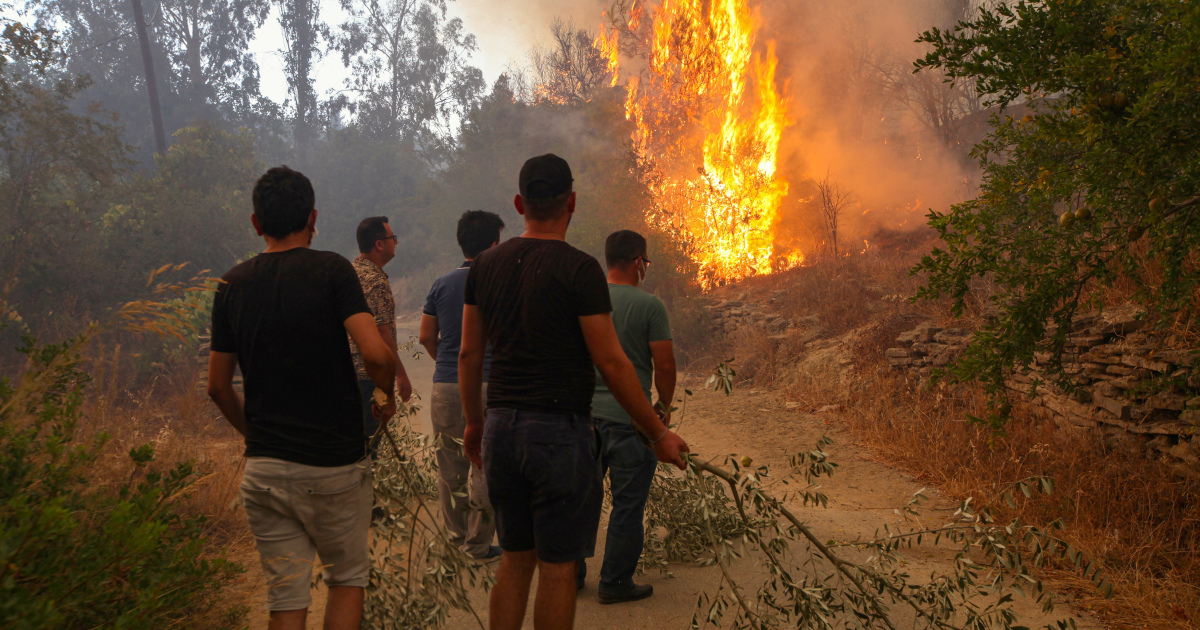 The death toll from wildfires raging in Turkey has risen to six after two forest workers were killed, the country’s health minister said.

Fires raging across southern Turkey since Wednesday have burned down forests and some settlements, encroaching on villages and tourist destinations and forcing thousands of people to evacuate.

A new blaze erupted on Saturday in the popular holiday resort of Bodrum on the Aegean coast and some residential areas and hotels were evacuated, according to broadcasters.

Wildfires are common in southern Turkey in the summer but authorities say the latest blazes have covered a much bigger area.

Minister of Health Fahrettin Koca said 400 people affected by the fires in Manavgat were treated at hospitals and released, while 10 others were still hospitalised. In Marmaris, 159 people were treated at the hospital and one person was still undergoing treatment for burns.

Turkish meteorological authorities said forecasts pointed to heatwaves along the Aegean and Mediterranean coastal regions. Temperatures are forecast to reach 43 to 47 Celsius (109.4 – 116.6 F) in Antalya next week.

President Recep Tayyip Erdogan a visit to Manavgat on Saturday, saying all damaged houses would be rebuilt and losses compensated, adding that Azerbaijan, Russia, Ukraine and Iran had sent firefighting planes and support teams to the affected areas.