In Indonesia’s illegal mines, the poor risk it all for fortune | Mining 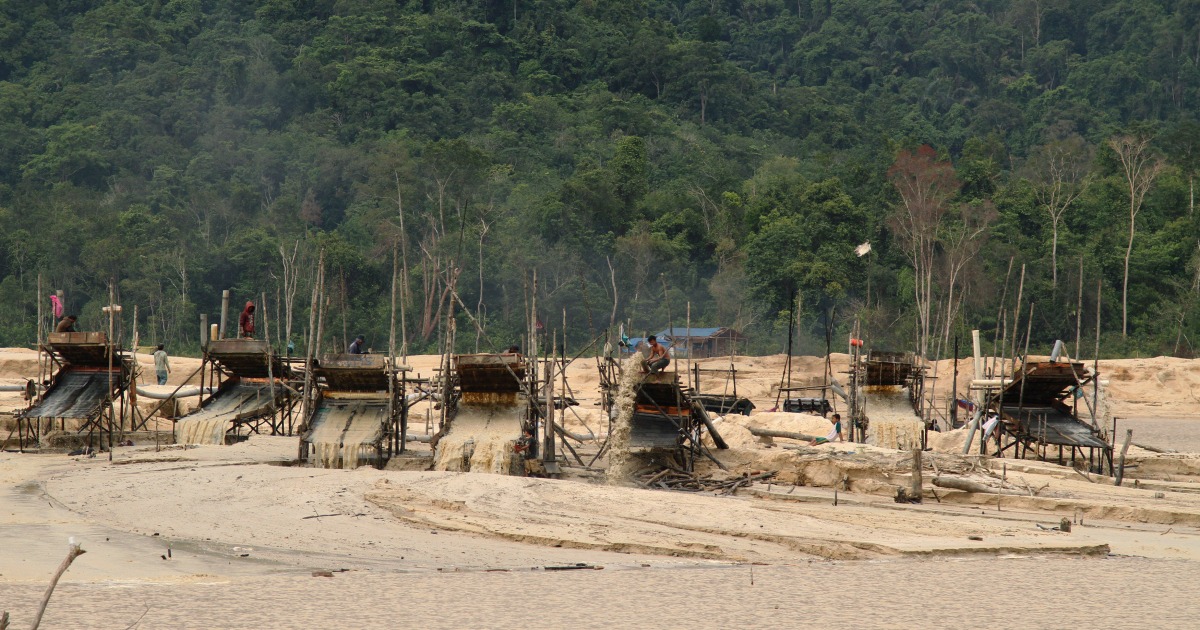 Medan, Indonesia – Lampang has been a miner at a community gold mine in Indonesia’s East Kalimantan for more than 30 years. Even still, he does not like to talk openly about his work.

“Please don’t tell anyone the name of my mine,” Lampang, who is 53 years old and like many Indonesians only goes by one name, told Al Jazeera. “There are lots of community mines in Indonesia, but they are all illegal.”

Indonesia’s earth is known for its rich gold deposits, drawing fortune seekers from across the country, especially poorer areas with few employment options. But while illegal gold mining – mining for gold without a permit – may be lucrative for some, for others it can be deadly.

On April 28, a cliff collapsed at an illegal mine in Mandailing Natal, North Sumatra Province, fatally trapping 12 female workers in a two-metre deep pit. The victims, who were aged between 30 and 55, were found after two other women who had also been looking for gold raised the alarm.

Landslides around mines in Indonesia are a common occurrence, usually resulting from a combination of heavy rains and unstable land according to environmental activists, although the government does not keep official figures on the number of deaths at illegal sites each year.

“The biggest risk at a mine is indeed a landslide,” said Lampang. “Fortunately, that has never happened to me, but it happens a lot when people chase their fortune instead of focusing on safety first.”

To guard against landslides, Lampang said the miners at his community mine use a blower to dry out the earth underground in an effort to make it more stable.

While hard data is difficult to come by due to the secretive nature of the industry, the Ministry of the Environment and Forestry has estimated there to be almost 9,000 illegal mines operating across Indonesia, of which about one quarter are gold mines.

As well as gold, Indonesia is rich in minerals including silver, copper, tin, platinum and bauxite – a sedimentary rock with a high aluminium content. The country is also home to the officially sanctioned Grasberg mine located in Papua, the world’s largest gold mine.

Nasir Buloh, deputy director of the Indonesian Forum for Environment (WALHI) for Aceh – a province known for its illegal mining activities – said miners at illegal sites face greater risks due to resistance towards calling the authorities for help when things go wrong underground.

“There have been some cases of victims who were not removed following a landslide and left in the mining shafts,” Buloh told Al Jazeera, adding that mining typically involved digging vertical and horizontal holes into mountains or dredging rivers using heavy equipment. “Illegal miners can be targets of law enforcement by being arrested at illegal mining sites.”

Under Indonesian law, mining without a license is punishable by up to five years in prison and a fine of up to 100 billion Indonesian rupiah ($6.9m).

Illegal operations are especially common at abandoned licensed mines, attracting local villagers who forage in the hope of finding residual gold deposits. The 12 women who died in Mandailing Natal last month are thought to have been opportunistic residents rather than professional gold miners.

In East Kalimantan, Lampang works as a manual gold miner, meaning that he only uses a small gold dredger that exhumes the earth and separates the gold within it. The gold is cleaned with an acid, Lampang said, instead of toxic chemicals like mercury that are commonly used at other sites.

“There are no security standards in illegal mining,” Rere Christianto, campaign director for mining and energy at the Indonesian Forum for Environment (WALHI), told Al Jazeera.

“This includes exposure to the use of toxic substances such as mercury and cyanide for refining gold which can lead to fatal health issues. Mercury, for example, will affect the digestive tract, urology and the nervous system. In the long term, this exposure will damage the organs of those who are exposed.”

Christianto said illegal mining continues to thrive due to lax enforcement of the law.

“Illegal mining activities are not carried out in secret, because they need the deployment of manpower and tools,” he said. “If government officials wanted to enforce the law, it would be easy enough to find these mines.”

Nyompe blamed the failure to legalise and regulate community mining, leaving residents with few employment opportunities with little choice but to break the law, for the problems associated with the industry.

“There needs to be a third party that can intervene to broker a solution between the government and community miners,” he told Al Jazeera. “In the village of Kelian Dalam in East Kalimantan in 2001, 32 people died in a landslide at a community mine in a single day.”

“They are just so unstable.”