In a world first, South Africa grants patent to an artificial intelligence system 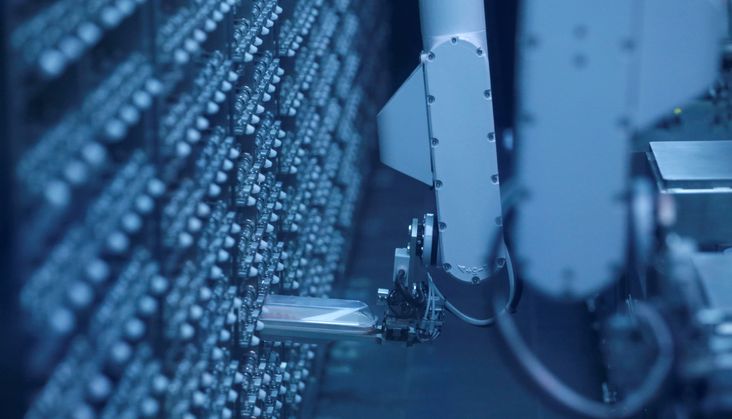 On closer inspection, the patent is anything but mundane. That’s because the inventor is not a human being – it is an artificial intelligence (AI) system called DABUS.

DABUS (which stands for “device for the autonomous bootstrapping of unified sentience”) is an AI system created by Stephen Thaler, a pioneer in the field of AI and programming. The system simulates human brainstorming and creates new inventions. DABUS is a particular type of AI, often referred to as “creativity machines” because they are capable of independent and complex functioning. This differs from everyday AI like Siri, the “voice” of Apple’s iPhones.

The patent application listing DABUS as the inventor was filed in patent offices around the world, including the US, Europe, Australia, and South Africa. But only South Africa granted the patent (Australia followed suit a few days later after a court judgment gave the go-ahead).

South Africa’s decision has received widespread backlash from intellectual property experts. Some have labelled it a mistake, or an oversight by the patent office. However, as a patent and AI scholar whose PhD aims to address the gaps in patent law created by AI inventorship, I suggest that the decision is supported by the government’s policy environment in recent years. This has aimed to increase innovation, and views technology as a way to achieve this.

Creativity machines can process and critically analyse data, learning from it. This process is known as machine learning. Once the machine learning phase has occurred, the machine is able to “autonomously” create without human intervention. As has been seen in the COVID pandemic, as just one example, AI is able to solve problems humans were unable to – and also much faster than people can.

Over the years there have been many kinds of creativity machines. Prior to DABUS, Thaler built another AI which created novel sheet music, and which he credited with inventing the cross-bristle toothbrush design. He filed a patent for the cross-bristle design, and it was granted – proving AI’s ability to generate truly novel inventions that meet the standards for patents. However, Thaler listed himself, rather than the AI, as the inventor at that time.

When it came to the food container invention by DABUS, Thaler, assisted by Ryan Abbott of the University of Surrey, decided instead to list DABUS as the rightful inventor, as the invention was entirely devised by the AI. This was the start of their push for AI to be recognised as inventors the world over.

The United States Patent and Trademark Office and the European Patent Office rejected these applications in the formal examination phase. They gave three reasons. First, their respective patent laws only provide for human inventors – not AI – as indicated by the use of pronouns such as “him” and “her” in their text. Second, ideas, for the purposes of patents, require the element of “mental conception” – something of which only a human mind is capable. Finally, inventorship comes with rights, which AI is not legally capable of possessing.

Much to the surprise of the global community, South Africa’s patent office, the Companies and Intellectual Property Commission, granted the patent, recognising DABUS as an inventor. It has not yet explained its reasons for doing so.

This patent was published in July 2021 in the South African Patent Journal, with major news agencies including The Times reporting on the matter.

The granting of the DABUS patent in South Africa has received widespread backlash from intellectual property experts. The critics argued that it was the incorrect decision in law, as AI lacks the necessary legal standing to qualify as an inventor. Many have argued that the grant was simply an oversight on the part of the commission, which has been known in the past to be less than reliable. Many also saw this as an indictment of South Africa’s patent procedures, which currently only consist of a formal examination step. This requires a check box sort of evaluation: ensuring that all the relevant forms have been submitted and are duly completed.

Critics feel that if South Africa instead had a substantive search and examination system in place, the DABUS patent application would have been rejected.

While it is possible that the commission erred in granting the patent, South Africa’s policy environment in recent years suggests otherwise.

The first relevant policy was the Intellectual Property Policy of the Republic of South Africa Phase I of 2018. It marked the beginning of patent reform in the country. Since then, from 2019 to 2021, three other notable instruments have been published: the Department of Science and Technology’s White Paper on Science, Technology, and Innovation; the Presidential Commission on the Fourth Industrial Revolution; and the proposed National Data and Cloud Policy in terms of the Electronic Communications Act 36 of 2005.

The core message of all these documents is that South Africa’s government wants to increase innovation to solve the country’s socio-economic issues. There is clear worry about issues such as poor innovation levels, lack of funding and lack of suitable infrastructure which is necessary to really capitalise on the fourth industrial revolution.

Given the policy environment and the vast potential of AI, the granting of the patent makes sense. Perhaps this will turn out to be a strategic masterclass by the South African office which will lead to a much more innovative nation.