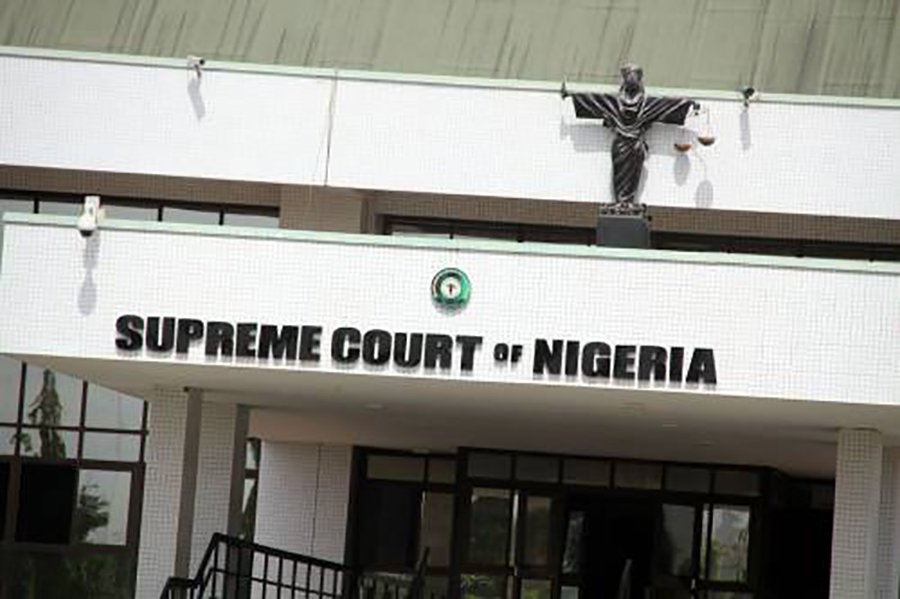 The Supreme Court on Tuesday dismissed an application filed by Chief Emeka Ihedioha, a former governor of Imo, seeking a review of the Jan. 14 judgment removing him from office.

Ihedioha made the request in an application he and the Peoples Democratic Party (PDP) filed at the Supreme Court through their lawyer Chief Kanu Agabi, SAN.

He had prayed the Supreme Court to set aside the judgment it delivered on Jan. 14.

Meanwhile, the seven-man panel of the apex court led by Justice Tanko Muhammad, the Chief Justice of Nigeria (CJN) in a six to one judgment ruled that the application lacked merit.

Justice Kayode Ariwoola while delivering the split ruling held that the apex court lacked powers to sit on appeal in its own judgment which the court cannot do.

In the majority ruling, the court held that granting the request of the applicants would open the flood gate by parties to all kinds of litigations.

It insisted that by the provision of section 235 of the 1999 Constitution its decision on any judgment based on merit is final and shall not be reviewed once delivered under any guise, except for clerical errors.

Ariwoola said, “Certainly this court has no inherent power to grant what is being sought, it is beyond the powers of this Court. There is no Constitutional provisions for this court to review its own judgment.

“To say the least, this court has no competence and lacked power to sit on appeal in its own decision. Finality of the Supreme Court is entrenched in the constitution and inherent power can only be invoked where there is law to do so.

“This court cannot under any guise alter any judgment under any inherent power, as doing so would bring the court into disrepute and ridicule.

“The application is liable for dismissal and is hereby dismissed for want of jurisdiction and competence.

The court, however, held that parties in this case should bear their cost.

However, Justice Centus Nweze in his dissenting judgment set aside the January 14 judgment of the Supreme Court that removed Ihedioha from office as a nullity and in bad faith.

Nweze who nullified the declaration of Uzodinma as governor on account of wrong declaration held that Uzodinma mischievously misled the court into unjust conclusion with the unverified votes in 388 polling units.

“In my intimate reading of the January 14 judgment, the substance of Ihedioha’s matter was lost to time frame.

“This Court once set aside its own earlier judgment and therefore cannot use time frame to extinguish the right of any person.

“This Court has powers to over rule itself and can revisit any decision not in accordance with justice”, he said.

According to Nweze, ‘this decision of the Supreme Court will continue to hunt our electoral jurisprudence for a long time to come, adding that without evidence of meeting other constitutional provisions, the court misled itself into declaring Uzodinma as governor.

“This Court has a duty of redeeming its image.

“I am of the view that this application should succeed. I hereby make an order setting aside the decision of this Court made on Jan. 14 and that the certificate of return issued to the appellant be returned to INEC.

“I also make an order restoring the respondents as winner of the March 9 governorship election.

The apex court had nullified Ihedioha’s election as Imo governor and declared Hope Uzodimma of the All Progressive Congress (APC) as the winner of the March 9 governorship election in the state.

He said that in the judgment, reference was made to 388 polling unit that were excluded but they tendered result from 366 leaving the balance of 22 polling units uncounted for.

“Besides, they added the number of votes that exceeded the registered voters by over 100,000.

He said that appellant did not defend all the abnormally and he got a verdict which he did not seek.

“We plead the errors and urge the court to set aside the judgment of Jan 14.

However, the lawyer representing Uzodinma and his party, the All Progressives Congress, Damian Dodo,SAN, asked the court to dismiss the application for being incompetent and lacking in merit.

Dodo argued the competence of the motion and the jurisdiction of the court to entertain same and therefore urged the apex court to strike out the motion filed by Ihedioha.

He submitted that having delivered its final decision, the Supreme Court has become fuctus officio and divested of jurisdiction over the same subject matter.

“By Order 8 Rule 16 of the Supreme Court Rules 2014 prohibits the apex court from reviewing its judgment once given and delivered, save to correct clerical mistakes or accidental slip.

”The judgment given on Jan. 14 is clear and explicit, the application constitutes an invitation to the Supreme Court to sit on appeal over its final decision,” Dodo argued.

NAN reports that the apex court had, in a unanimous judgment nullified the election of Ihedioha and ordered that Sen. Hope Uzodinma of the APC be sworn in as governor.

The court, which set aside the judgments of the state governorship election petition tribunal and the Court of Appeal, which affirmed Iheodioha’s election, held that he was not validly elected as the governor of the state and consequently ordered that the certificate of return issued to him be retrieved and issued to Uzodinma.

Justice Kudirat Kekere-Ekun, who read the unanimous decision of the apex court on Jan. 14, held that the lower courts erred when it rejected the evidence tendered before them to the extent that the votes from the 388 polling units were not credited to the APC and Uzodinma.

Dissatisfied with the verdict of the apex court, Ihedioha, through his legal team, approached the Supreme Court seeking to set aside the judgment.

INEC had declared Ihedioha as winner of the March 9, 2019 governorship election on the ground that he won majority of lawful votes cast at the governorship poll.

The Imo State Governorship Election Petition Tribunal and the Court of Appeal in their concurrent decisions in the appeal filed by Uzodinma, upheld Ihedioha’s election and dismissed Uzodinma’s petition on grounds that he did not prove his allegations against the election of Ihedioha.

Highlight of the event was when after the ruling of Justice Nweze, people in the court, including counsel, burst into spontaneous clapping and the CJN threatened to sentence anyone caught clapping to “continuous clapping”.(NAN)