How e-learning can boost primary education 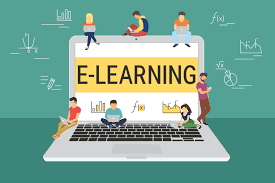 The government is aiming at providing education through every available means to the citizens. One of such is a high-powered e-learning platform, judging from its inherent advantages. How sustainable is this judging from obvious challenges with power and connectivity in the country. IDACHABA SUNNY ELEOJO writes.

Call it one of the fall-outs of Covid-19 pandemic, you may not be wrong, but the reality is that the practice had before now taken root in many developed and developing countries even before the advent of the pandemic.
In Nigeria, it was in the plan of most previous administrations waiting to be implemented until it was further fuelled by the after-effect of the Covid-19 pandemic which today makes e-learning, virtual meeting/work and all other forms of online jobs easier.

Bringing the idea into reality

Therefore when the federal government announced recently that it was set to embark on the introduction of e-learning to be powered by satellite in selected primary schools across the country, to many discerning minds, it was not a surprise as it is long overdue.

He said the scope of the project is provision of a satellite-based education system for 4,360 users in the senatorial districts, including installation of 109 receiver satellite unit modems, servers and antenna in three primary schools in each state, while adding that 4,360 android tablets and 109 solar units would equally be deployed to the benefitting schools.
Skepticism.

As soon as this announcement was made, skepticism followed for many reasons. First, many saw it as another wind pipe through which money would be siphoned, as according to them, this administration in particular that could not identify any enduring, tangible legacy it is leaving behind after eight years, cannot start the project and complete before the next government takes over. Accordingly, may end up as another abandoned project after sinking millions of tax payers money. Secondly, they said with the level of unstable and epileptic power supply in the country, it was not feasible to have a seamless e-learning programme running effectively in primary schools; therefore not feasible.

However, Mohammed said the government was aware of inherent challenges such projects would have initially, but said, “Those likely hiccups have been captured into a foreseeable document that the ministry is working with,” he said.

Studies have shown that there are inherent benefits of e-learning, one of which is flexibility of the system in terms of time and place. According to Edward Kamoru, head of Eduvision, a private e-learning firm in Abuja, “The e-learning content is usually made available in short modules and can be paused at any time. Whether you log on while commuting, at work or during your free time, the learning material can be easily made part of your daily routine. Even if you miss a live online workshop, written summaries or a video of the session is usually available to be downloaded.
“E-learning is therefore ideal for people working or in education or simply people who want to know more about their favourite hobbies or interests.”

Speaking further he said there is also the advantage of easy availability of materials for anyone willing to obtain any information.
“The organisation of teaching content at universities is almost unimaginable without platforms such as Moodle and Blackboard, but with online courses and e-learning, vast amounts of time is saved. Without physical limitations, anyone with internet access can simultaneously access learning opportunities provided the servers are stable.”

According to him, since e-learning packages adapt to the individual learner, the time required to complete a course is significantly reduced as conventional courses are designed to meet the needs of the entire group.

On the advantage of minimal cost, Kamoru said most e-learning platforms can be reused as often as the user wishes without additional costs, just as he said there are numerous other free course and what he called ‘freemium access’.

“Since e-learning usually allows more course participants at the same time, it is often less expensive than conventional learning offerings.”
On a general note he said, “e-learning takes place wherever you want. All you need is an internet connection. Learning materials, tutorials, transcripts as everything is stored in digital cyberspace and cannot be lost with a good backup. These advantages alone show the near-unlimited potential of e-learning.

He however said, “Nevertheless, there are also numerous reasons why traditional learning methods are far from obsolete. At the moment, not all communities have connections to steady power source; therefore, for them, when you talk about e-learning, it is like rocket science.”
In Nigeria, education, in the eyes of the people has never received the much-needed attention especially since 1983 to date. Several programmes with fantastic nomenclatures like, ‘Education for All’ ‘Free Primary Education’, ‘Schools Feeding Programme’s, etc have been launched by government to drum attention to the sector, but investigation reveals that the investment made in that wise is like a drop of water in an ocean either due to misplacement of priorities or sheer corruption.

At the moment, all public-owned universities have been under lock and key since early 2022 with no end in sight. Until lately, primary schools in Bwari Area Council of FCT were shut down over non implementation of minimum wage for teachers in the council and other sundry matters.

Most primary schools in Abuja and many communities in the country are not connected to any source of power; so it’s not clear how the government intends to achieve this laudable objective.
From teachers angle.

A primary school teacher in one of the public schools in Jabi, Abuja who goes by the name Philemon Dauda told Blueprint Weekend that in as much as the idea of introducing e-learning in selected primary schools across the country is a noble objective, he has his doubt about the sustainability. “I heard it when the information minister and that of education mentioned it after their meeting last week. That was how the school feeding programme started, but has not reached all schools. Since I got posted to this school, I have never seen any pupil being fed, but I read in the papers and hear it on the radio about how school children are being fed, but I have never experienced any myself. That is why I’m saying that the e-learning is good, but may not achieve its aims.”

Most primary schools visited by Blueprint Weekend in Abuja in the last one week are excited about the development. According to Madam Joy Adama, head teacher of a primary school in Dutse, she said if the government can implement the policy, the age-long gap between public schools and some private schools would be removed.
“For me, that is the only major difference between us and private schools otherwise it’s the same school that we teachers all attended, but the difference is our employers. If any small private school can afford power, why can’t government schools provide power for students, teachers and other staff? Now, if they want this e-learning thing to succeed, I know we would now have a steady power supply,” she submitted.

Whether the e-learning has come to stay or not is a matter for time to decide, but it is hoped that the N964m already earmarked for the project would not be one of those wasted funds.