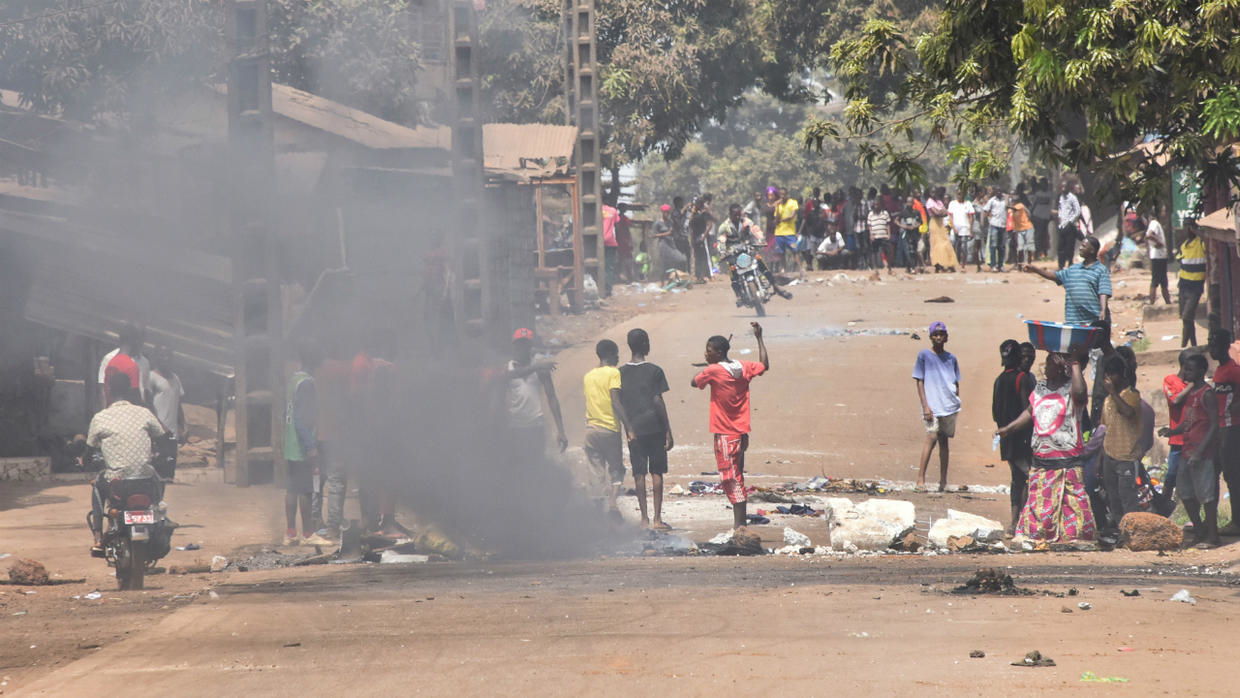 Guinea’s opposition on Saturday called for the cancellation of a referendum on changing the constitution, as fresh protests against President Alpha Conde’s government broke out in the capital Conakry.

Conde on Friday announced the referendum, originally planned for Sunday, would be postponed — possibly for two weeks — following growing domestic and international criticism over the ballot.

The referendum will decide whether to adopt a new constitution, which includes bans on female circumcision and underage marriage in the West African country.

But the proposal has sparked huge protests since October over fears that it will reset presidential term limits — allowing Conde to run for a third spell in office later this year.

The draft constitution would extend the presidential terms to six years, potentially permitting Conde, 81, to govern for another 12.

Opposition leaders promised to keep up the protests despite the postponement.

“We will continue the struggle until the complete withdrawal … of this new constitution that the people reject en masse,” he added.

Speaking on national television, the president said on Friday he had decided in favour of a “slight postponement” because of “national and regional responsibilities”.

The delay concerns both the constitutional referendum and a parliamentary elections that were also planned to be held on Sunday.

While Conde did not publicly announce a date for the new vote, a letter from the leader to the West African bloc ECOWAS, seen by AFP, said the new poll should take place within two weeks.

Since October, the demonstrations over the reforms — led by the Front National for the Defence of the Constitution or FNDC — have sometimes turned violent.

At least 30 protesters and one gendarme have been killed to date, according to an AFP tally.

Wanindara, a suburb of the capital Conakry and an opposition stronghold has seen some of the worst of the violence.

Guinea’s main opposition leader, Cellou Diallo, said on Twitter Saturday that “Alpha Conde’s postponement speech is more like a declaration of war against the opposition and the FNDC”.

The FNDC released a statement calling for a new protest on March 5 and demanding that Conde “and his mafia clan” step down.

The United States also issued a statement on Saturday urging all parties “to engage in nonviolent civil dialogue”.

One Western diplomat in Conakry expressed scepticism that a vote in two weeks would be any fairer. “This changes nothing,” he said.

Sekou Conde, of the ruling party, said the “postponement is purely for technical reasons,” referring to examples of sacked polling stations.

“It has nothing to do with the electoral roll,” he said.

But the International Organisation of La Francophonie has pointed to problems verifying around 2.5 million of the 7.7 million names on the electoral roll this week.

The African Union cancelled an electoral observation mission to Guinea on Friday, citing a “major controversy” with the roll. The EU has also cast doubt on the poll’s credibility.

But Sekou Conde, speaking to AFP earlier this week, said the issue of the electoral roll was a “false debate” since the opposition attacked it in previous elections that had drawn less criticism.

In opposition districts in Conakry on Saturday, fresh protests broke out following the postponement of the election.

Groups of youngsters blocked one of the city’s main thoroughfares, the Route le Prince, and hurled rocks at security forces, who zipped around in armoured cars.

Wearing riot gear, gendarmes fired tear-gas canisters from rifles, or from vehicle-mounted gun turrets, into the narrow dirt roads leading off from the highway.

But an FNDC protest observer, who declined to be named for security reasons, said people were protesting because of the “macabre project” of the new constitution.

“There have been too many deaths, too many arrests, too many serious wounds,” he said.

“People are determined to see it through to the end,” the observer added.