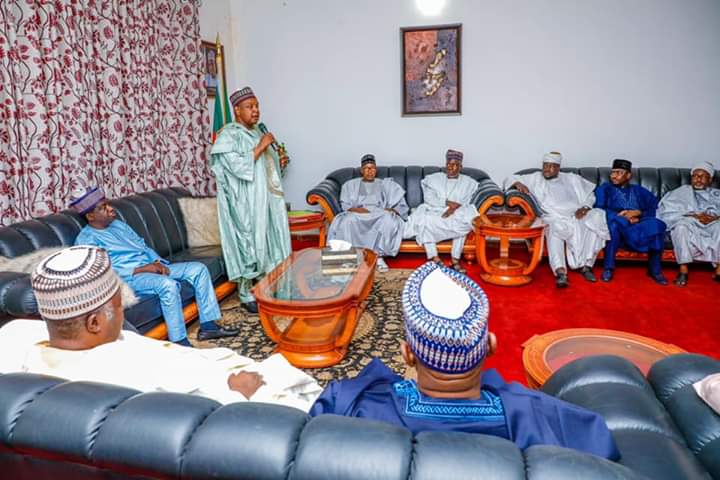 The Northern Governor’s forum has condemned the series of attacks leading to destruction of lives and properties in Plateau.

The governors condemned the act during their condolence visit to Gov. Simon Lalong of Plateau on Saturday in Jos.

The delegation, led by Gov. Abubakar Bagudu of Kebbi, said the killings were detrimental to the progress of the state and the region.

Bagudu said that the forum was in support of all security measures by Lalong to restore and maintain peace in the state.

“We condemn all acts of violence in Plateau and else where,” he said.

He urged people of the state to support Lalong in his efforts to bring development to the state while condoling with the families of those who lost their lives.

“If there is anything we can do individually or collectively to support maintenance of peace, please be assured that we are available to it.

“We commend all security agencies for the continuous support in restoration of peace in Plateau and elsewhere,” he said.

Bagudu said the commitment of Lalong towards ensuring peace in the state prompted President Muhammadu Buhari to release funds for the resettlement of Internally Displaced Persons to their ancestral homes.

Lalong thanked the governors of their support, saying the state have been enjoying relative peace until the recent attacks.

He said for peace to be sustained in the state, deliberate efforts must be made by leaders of communities in their discharge of duties.

He added that Plateau was a miniature Nigeria with 53 ethnic groups so its peace needed to be well guarded.

He said the state had ensured that all security measures were put in place to forestall attacks including the establishment of the Plateau State Peace Building Agency.

“The purpose of the early warning signal is for communities to tell us if there will be likely crisis. If communities are sincere, if somebody wants to do anything, they will tell us and we will send security to go there.

“We have had several meetings with the Ardos and told them if the criminals will waylay them, they don’t need to come openly but write to me, we will know what to do, otherwise when it happens, everybody will be involved,” he said.

Lalong said that the relative peace enjoyed in the state for five years, prompted the launch for the celebration of the forgiveness and reconcilation day on Feb. 7, 2019.

He said that the day was for people to forgive pending grudges for the restoration and sustenance of peace in the state.

News Agency of Nigeria (NAN) reports that the governors of Jigawa Mohammed Abubakar and Bauchi, Bala Mohammed were part of the delagation to the state.

NAN reports that communities in Bokkos and Mangu were attacked over the weeks where 12 were killed in Mangu and 15 in Bokkos Local Government. (NAN)

Africa Centres for Disease Control and Prevention’s Statement regarding the new SARS-COV-2 virus variant B.1.1.529