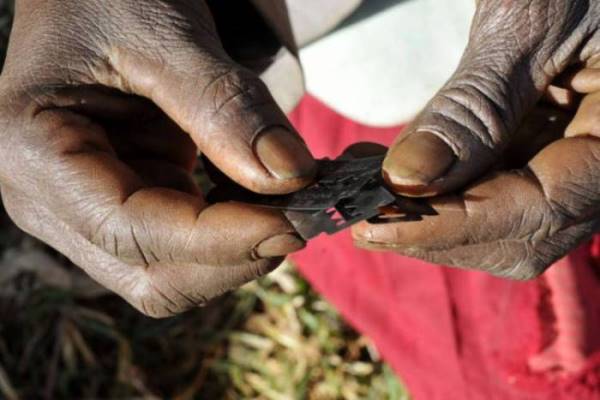 A Child Health Activist, Mrs Lola Alonge,  has called on the three tiers of  government to ensure effective implementation of laws that would eradicate Female Genital Mutilation (FGM) in Nigeria.

Alonge made the call in an interview with the News Agency of Nigeria (NAN), in commemoration of the International Day of Zero Tolerance for FGM on Thursday in Lagos.

International Day of Zero Tolerance for Female Genital Mutilation is a United Nations-sponsored annual awareness day that takes place on Feb. 6 as part of the UN’s efforts to eradicate female genital mutilation.

The theme for 2020 celebration was:  “Unleashing Youth Power: One Decade of Accelerating Actions for Zero Female Genital Mutilation by 2030”, recognising  the power and influence of youths in ending the harmful practice.

Female Genital Mutilation comprises all procedures that involved altering or injuring the female genitalia for non-medical reasons, and was recognised internationally as a violation of the human rights, health and integrity of girls and women.

Alonge said governments have a role to play in the implementation and prosecution of anyone that still practised FGM, toward changing the ranking of Nigeria as the third highest among practicing countries in the world.

She said the Violence Against Persons Prohibition (VAPP) Act signed into law in 2015 by former President Goodluck Jonathan, should be domesticated by all states, as against only 11 states currently.

Speaking on the theme, Alonge said youths were agents of change, adding that many were activists were actively seeking for positive change in every aspect of human life.

Alonge, a United Nations (UN) Ambassador, said FMG was an abuse on the girl-child.

She said that the act had no medical benefits, but filed with religious myths that discriminated against rights of the girl-child.

Alonge said the various reasons why FGM was being practiced in Nigeria, ranging from cultural reasons to its use in curbing illicit sexual appetites of women and girls, were unacceptable.

“Female genital mutilation has been on for a long time, which means it will end with this generation, because the younger ones will not do it anymore.

“Things are changing, and the culture must change for good where necessary.

“My organisation, the Child Health Advocacy Initiative (CHAI), did a video awareness advocacy campaign where we got the medical students involved to speak against FGM,” she said.

Alonge said that many youths were leveraging the social media to create awareness, going into communities to engage traditional and religious rulers, and also engaging them on the need to eradicate the practice.

She said data showed that strides made by NGOs and developmental partners had began to yield positive results in creating awareness and reducing the prevalent rate in Nigeria.

NAN reports that data from the World Health Organisation (WHO) estimated the prevalence of FGM in girls and women 15-49 years in Nigeria at 19 per cent from its previous 27 per cent in 2011.

Globally, FGM was estimated to have been performed on more than 200 million girls and women alive today. (NAN)