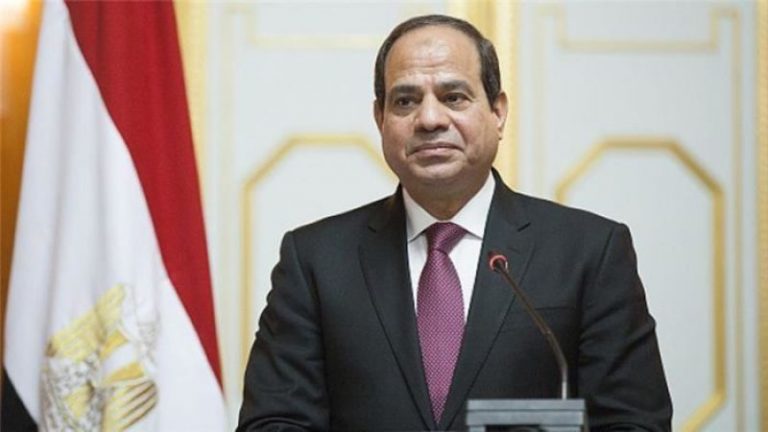 On assumption of the chairmanship of the African Union in February 2019, the Egyptian President Abdel Fattah el-Sisi realized the significant African roots of his country both economically and politically.

President Sisi has relied on the strong ties and the valuable credibility developed between the two sides during the 1950’s and 1960’s.

It was thus more of the nature of things that Sisi started his first trip as president of Egypt to Equatorial Guinea where the 23rd summit of the African League was held in 2014.

At the time, Africa readmitted Egypt and thus the summit was the beginning of a real and active come back of Egypt to its African brothers.

For the past six years, President Sisi has always been in touch with the African leaders, visited and received a good number of them and raised the issues of interest to the continent in so many international fora.

It was obvious that the African file has topped the Egyptian government’s agenda and marked as top priority by its foreign policy decision makers; indicating the end of an era when Egypt was kept afar from its African roots.

The serious attitude with which Egypt handled the African file was a proof that it is looking forward to promoting and bringing to light the issues of the continent at the international arena.

Since Cairo took over the chairmanship of the AU, the African questions have been put under extreme light by international policy makers.

The choice of President Sisi by the African leaders also crowned the mutual trust and achieved a long awaited economic development for the continent.

President Sisi believed that Africa is the future of the world because of its resources and the young people who would be part of the development process. The African states have achieved great strides in settling chronic issues which paved the way for economic progress.

The education rate has reached more than 80 per cent over the past few years, in addition to the development of electricity and water networks. Those hectic efforts echo the continent’s rather unlimited and giant resources, thus stressing the fact that Africa would be the economic hub for international investments.

The continent has unlimited resources of clean energy especially the solar energy and electricity generated from its leading rivers.

Africa has always been on his mind when President Sisi visited China, Russia, the U.S., Japan, Europe and the United Nations. He did presented projects and enterprises needed for the continent’s development.

Africa is no longer the source of illegal migrants and terrorism, but has become the Mecca for marketers, investors of mineral resources as well as agricultural and animal treasures.

The main strategic target of Egypt policy in Africa is to bring back the continent to the top of the agenda of priorities for decision makers across the globe. Cairo’s policy of interaction with the African states was based on promoting and strengthening joint relations especially countries of the Nile basin.

Egypt has also worked to activate its participation and contribution to the African Union. It has also been active in presenting the continent’s effort at development.

In his speech to the African Summit 2016, President Sisi stressed the fact that it is inevitable for the African countries to embrace the regional and continental model of development. Even when it came to the issue of the Nile water, Sisi embraced the policy of cooperation and dialogue.

In spite of the fact that the Nile is the lifeline to all Egyptians, Sisi has understood the needs of Ethiopia and its right to use its resources. Similarly, he also stressed that Egyptians right to live peacefully on the shores of the Nile as obtained for centuries.

Egypt’s strategy has thus reckoned the fact that all problems and questions could be settled through bilateral talks and cooperation. One can say that Egypt’s strategy for development in the African continent is based on three major axis. The first is to pave the path for the process of sustainable development by securing a peaceful environment devoid of tension and conflicts.

The second is activating the international community’s participation to help pre-empt problems that have been hindering the continent’s development.

Thus, instead of wasting the international efforts and resources in fighting illegal immigration or chronic diseases, the continent shall be independently capable of leading its sustainable development process once the needed investments are brought to the limelight.

The third angle of Cairo’s strategy is developing an integrated and comprehensive view for development throughout the continent. Cultivating the lands could also help improve the industrial products which in turn will create more jobs for the teeming youths in Africa.

President Sisi has invested a lot of his international ties to promote the African cause, make better use of the continent resources, and activate what has been left behind of African- Egyptian long and fruitful relationships.