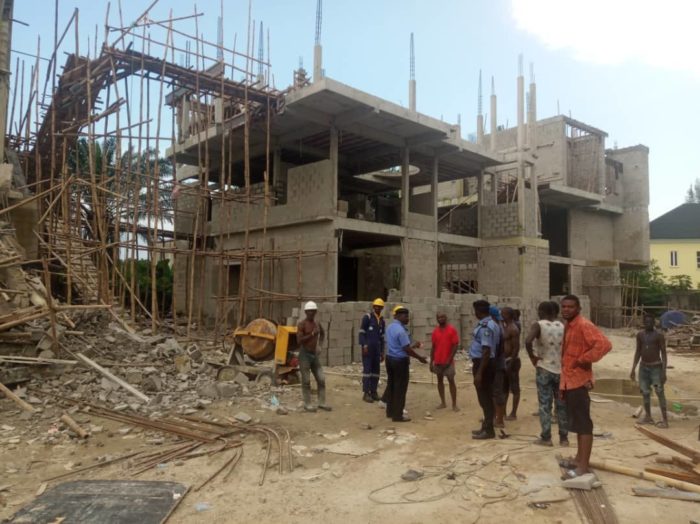 The Director General, Lagos State Emergency Management Agency (LASEMA), Dr Olufemi Oke-Osanyintolu made the disclosure in an interview with News Agency of Nigeria (NAN) in Lagos.

“LASEMA officials have already activated the Lagos Emergency Response Plan for all first responders to move to the site of the collapsed building.

“In the ongoing operation at the Glover court construction site with a total of four different 2-storey buildings, all under construction and five people trapped in the collapsed building at the time of collapse.

“The only construction worker reportedly still trapped under rubbles of the collapsed building is 24-year-old Yomi, as all other workers have been accounted for,” Oke-Osanyintolu said.

He urged Lagos residents within the vicinity of the incident to stay calm and allow emergency responders to do their job.

Oke-Osanyintolu said that one of the rescued victims from the incident was presently receiving treatment. (NAN)