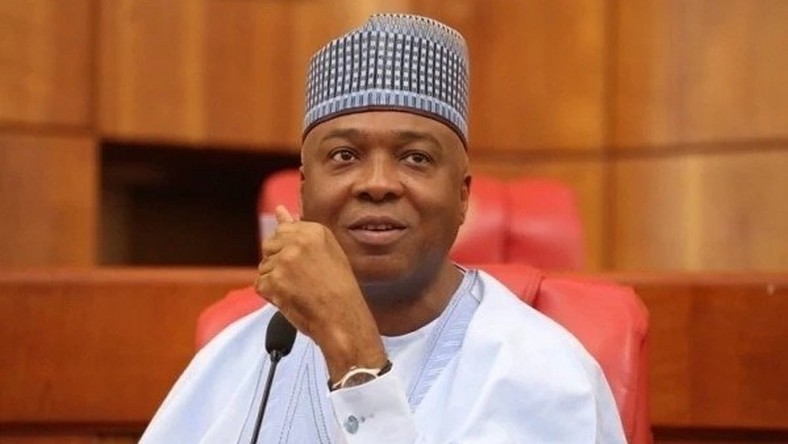 Mujidat Oyewole
A Federal High Court in Lagos has ordered the interim forfeiture of two properties located at Ikoyi area of Lagos State, belonging to the immediate past Senate President, Dr Bukola Saraki, to the Federal Government.

This was contained in a statement, signed by Mr Wilson Uwujaren, the Head of Media and Publicity of the Economic and Financial Crimes Commission (EFCC) in Ilorin on Monday.

“The Ilorin Zonal office of EFCC in an exparte application filed by the Commission’s Lawyer, Nnaemeka Omewa approached the Court seeking an order of interim forfeiture of the properties.

“Omewa alleged that the properties were acquired through proceeds of unlawful activities,” Uwujaren said.

He said that while delivering ruling on the application, Justice Mohammed Liman said that EFCC should publish the order in a National Daily within 14 days and further the matter for report of compliance with the order of Court.

The head of media said that the Commission had sought for four orders before Justice Liman in respect of the controversial property.

Part of the relief sought by the EFCC include; “An order of forfeiture to the Federal Government of Nigeria, landed property with appurtenances situate at No 17 and 17A McDonald Road, Ikoyi, Eti Osa Local Government Area (LGA) of Lagos State,

“Found and recovered from the respondent, which property is reasonably suspected to have been acquired with proceeds of unlawful activity,” Uwujaren said.

The head of media said that Justice Liman, relying on the documents attached to the matter, resolved all the issues raised in favour of the EFCC.

Uwujaren said that the Commission in an affidavit, alleged that the former President of the Senate acquired the two properties with proceeds of unlawful activity.

Part of the affidavit reads, “Trend of cash lodgments into Saraki’s account became suspicious and in order to further disguise the source and origin of this money, the respondent changed the pattern of payment and started making  payments into Exhibit EFCC 3, using fictitious names.

“The EFCC further alleged that the former Nigeria’s number three citizen, while serving as the Executive Governor of Kwara State, withdrew over N12 billion cash from the account of the State Government.

“He paid the said amount directly into his account, domiciled in Access and Zenith Banks  through one of his personal assistant, Abdul Adama at different intervals,” Uwujaren said.