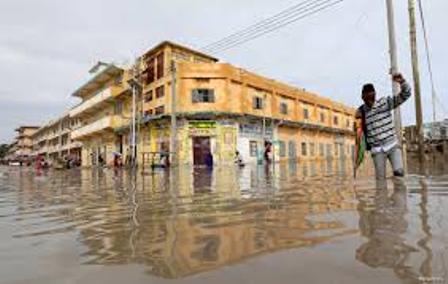 Kiza Muhato, Mayor of the city of Uvira, told dpa that at least 23 people, including five children, had been killed in the Mulonge district of the city.

“The material damage is also enormous,” he added, pointing to ageing infrastructure and roads.

“The situation is terrible,” said the Catholic bishop of Uvira, Sebastien-Joseph Muyengo.

He called for “rapid intervention” by the authorities to assist the victims and grieving families.

Congo is one of a number of East African countries that have experienced heavy rainfall and flooding in recent months, which researchers have partly attributed to climate change.

Floods and landslides in the capital Kinshasa killed at least 39 people in November and hundreds of thousands were displaced.

The country has also been battling an Ebola epidemic since 2018 and now faces the COVID-19 pandemic too. (dpa/NAN)