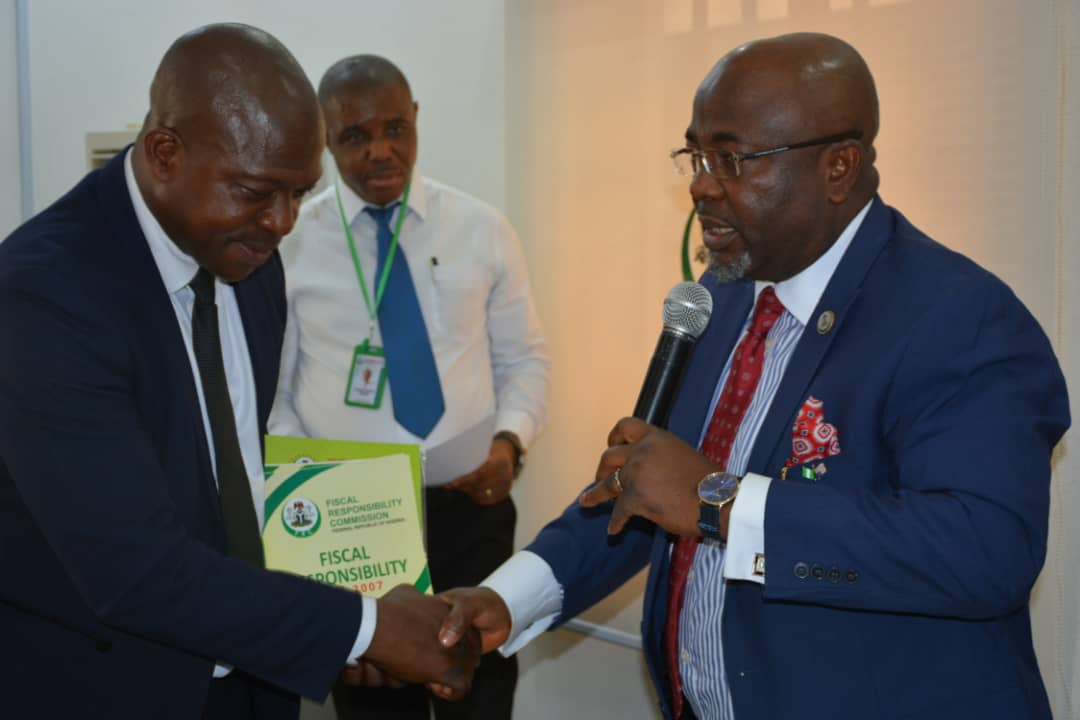 Fiscal Responsibility Commission (FRC) has restated the need for collaboration with relevant agencies, especially the Independent Corrupt Practices and other Related Offences Commission (ICPC), to strengthen anti-corruption war in the country.

Mr Victor Muruako, acting Chairman, FRC, expressed this view at the inauguration and induction of members of the Anti-Corruption and Transparency Unit (ACTU) of the commission in Abuja on Tuesday.

Muruako said it was imperative for ICPC to train staff of the commission in order to boost their capacity to investigate and oversee some of the agencies under the commission.

“Under our schedule of the Fiscal Responsibility Act, we used to have 31 agencies, but now we have 122 agencies that we oversee, ensuring that they remit the relevant percentage of operating surplus to the Consolidated Revenue Fund.

“Today is another new beginning in our relationship as you inaugurate our ACTU unit,’’ he said.

According to him, the commission aligned itself with the disposition of the present administration to tackle the challenges of corruption in the country.

“So, whatever we need to do to see how we can collaborate to strengthen the fight against corruption, particularly in public service, especially in the area of financial management is a welcome development.

“I also seek the support of the management of ICPC to see areas you can assist us to further strengthen the capacity of our staff.

“We really have a lot of challenges and our staff need a lot of training, hence we solicit your support to further boost their capacity,’’ Muruako said.

In his remarks, the Chairman, ICPC, Prof. Bolaji Owasanoye, commended the efforts of the management and officials of FRC for establishing the ACTU in the commission.

News Agency of Nigeria (NAN) reports that Owasanoye was represented by Mr Kupolati Kayode of the Corruption, Monitoring and Evaluation Department, ICPC.

Owasanoye said that the inauguration of the ACTU members had added drive to the efforts of ICPC in promoting and entrenching the anti-corruption crusade in establishments of government.

According to him, FRC, charged with the mandate of reducing fiscal deficits and building revenue surplus of the government, has the duty of showcasing high level of professionalism, discipline, transparency and accountability in its operations.

“This onerous task can best be achieved when the members of staff of this commission understand their responsibility to live above board in order to propel the commission to attain greater heights.

“The ACTU, being inaugurated today, is an initiative of ICPC to the Federal Executive Council; the unit is designed to operate as an autonomous unit with functional linkages with the Office of Chief Executive, to help in fighting corruption and eliminating corrupt practices,” he said.

Owasanoye noted that the main duties of ACTU in MDAs were to undertake periodic sensitisation of staff on and against corruption; examine systems processes and procedures that are prone to corruption and profer solution among others.

He, therefore, encouraged ACTU members to work hard and endeavour to stay on the path of integrity.

According to him, they should be responsible in the exercise of their functions and avoid any oppressive acts given the strategic roles they are expected to play. (NAN)