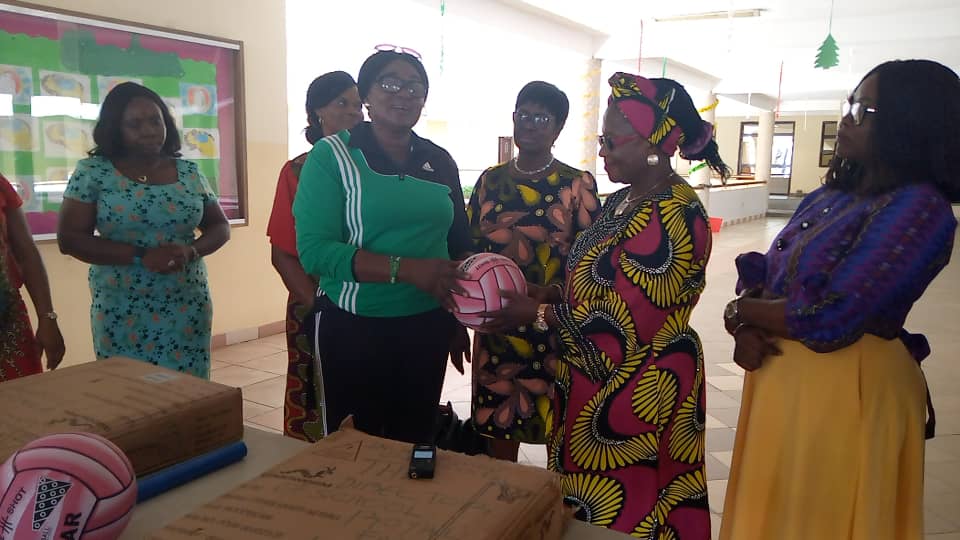 The Association of Former Female Athletes of Nigeria (AFFAN), a non-governmental organisation on Monday distributed netball equipment to the Royal Family Academy in Wuye, Abuja.

Toyin Aluko, chairperson of AFFAN, said the group was created to guide girls on the right path to life using sporting activities while the Academy will serve as the talent hub.

News Agency of Nigeria (NAN) reports that the group is made up of ex internationals.

“We (AFFAN) have represented this country in various sports during our hay days and as women we know how sports have turned things around for us.

“Someone gave us that opportunity; someone brought sports to us and discovered the talents in us. It is the same thing we want to do for the girls in Nigeria.

“We want girls from remote communities, low-income families to see sports as tool to change their lives and families while bringing glory to the country.

“We all got introduced to sports in schools and now that we have gotten to the peak of our careers, we have decided to act as role models to the girls,’’ she said.

Aluko, who has served on the board of various sport federations, said the choice of netball was to bring back the glorious days of the sport to the country.

“We have decided to begin with netball because the sport has declined in terms of players and fan-base. I played netball in 1970s and I can’t really tell how netball phased out.

“But the game is popular among member countries of the Commonwealth and Nigeria has being missing out in its participation at commonwealth games.

“Introducing the girls to the sport will mean that netball will be back and we could find ourselves at the Commonwealth Games and possibly the Olympics,“ she said.

She said that the association would be partnering with other corporate bodies to distribute equipment to schools in Nigeria as well as scholarships for students.

The Director of the Academy, Rifkatu Ogunbiyi, was delighted to receive the equipment while assuring the association that the school would make judicious use of them.

“We are happy that we are the first school to receive the netball equipment and to commence the teaching of the sport in our school.

“This is an answered prayer because I had desired that the school have a netball team before I retire. Now, this is a confirmation that it is about time.

“You are not just reminding us but kick starting it for us and we are so delighted. It is history.

“We will get more netball equipment to add to these and in no distant time, athletes will be discovered here,’’ Ogunbiyi said.

Other members of AFFAN who were present were Toun Engre, a former national Table Tennis champion, and Essien-Anwan Bluejack, a former national volleyball captain and Benjamin Obe, a handball veteran and the only male in the pack.