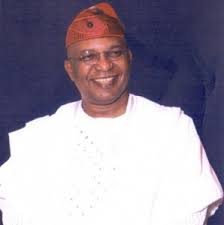 Former Group Executive Director of the Nigeria National Petroleum Corporation (NNPC), Mr Chris Ogiemwonyi, has rolled out his nine-point agenda that would serve as major pillars of development blue print if elected as next Governor of Edo.

News Agency of Nigeria (NAN), reports that Ogiemwonyi, a former minister of State for works, stated this on Saturday in Benin in an interview with newsmen.

He said that he would offer the state functional education that would ensure construction and equipping of model schools and preventive healthcare delivery.

He promised to effectively diversify the huge potential of the state in mineral resources, rich agriculture, oil and gas, arts and crafts, other natural endowments and the strategic location of the state.

He said all those would be geared towards making the state the commercial hub of the South South region of the country and,  by extension, the country in general.

He added that youth employment would be accorded a priority while the fight against poverty would be vigorously pursued by his government.

On the crisis rocking the state chapter of the All Progressives Congress (APC), Ogiemwonyi said that leaders and stakeholders of the party were desperately waiting for the reconciliation committee headed Senate President Ahmed Lawan.

Speaking further on the move by various regions and geo political zones to set up their own security outfits in the wake of increasing cases of insecurity across the country, Ogiemwonyi said there was the need for states and regions to have a rethink.

He said that the measure had the potential of spelling doom as the outfits could be tools in the hands of politicians and highly placed individuals to deal with opponents.

He further warned that the consequences of formation of the regional or separate security outfits would scare investors in most states where they exit as it had the potential of serving as “a new and dangerous concept in terrorism”.

The former NNPC boss also called on Gov. Godwin Obaseki to institute a probe committee to thoroughly look into the alleged recent bombing of residential buildings and offices of some leaders and members of the ruling party in the state.

He said that the state government must take steps towards nipping such ugly trends in the bud as such constituted “an index of insecurity”.(NAN)