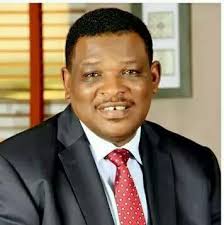 The Minister of State for Power, Prince Goddy Agba, has assured authorities of Obafemi Awolowo University, Ile-Ife, that 8.05 Megawatts power Project embarked on by the Federal Government would soon be completed.

Agba gave the assurance during his inspection of the power project at Obafemi Awolowo University, Ile-Ife, on Saturday.

He said the project was initiated by the federal government in collaboration with other agencies.

“The institution will no longer experience national grid challenges, for education is the bedrock of developed country, we have no choice than giving our best.

“The Project will generate 8.05 megawatts of electricity, which will be more than enough for the community at the present time,” he said.

The minister added that the projects would cut across universities in the six geo political zones.

Earlier, the Pro-Chancellor and Chairman of Council, Obafemi Awolowo University, Ile-Ife, Dr Yemi Ogunbiyi , said the visit of the minister to the university marked the joyful day for the institution.

Ogunbiyi added that with efforts of the minister on the power project, the university community believed that things would work out very well for the university.

The Vice-Chancellor of the University, Prof. Eyitope Ogunbodede, explained that the inspiration behind the project was due to epileptic power supply presently being experienced in the institution.

Ogunbodede noted that completion of the project would alleviate the suffering of residents of the university community.

The vice chancellor stressed that successful execution of the project would improve the economic situation in the area and also enhance effective security of the university.

Ogunbodede added that the power project had huge academic relevance as it would enrich the students,  particularly those of the Electrical Electronic Engineering with more unquantifiable practical knowledge.(NAN)