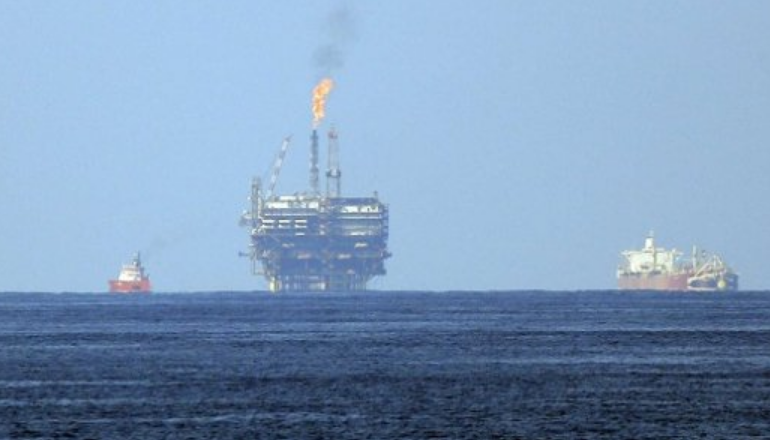 It is located in block CI-101, at a depth of more than 2,000 metres and 60km off the coast from the Assinie seaside resort, not far from the Ghanaian border. Eni operates the block with a 90% stake while state-owned Petroci holds the remaining 10%.

Côte d’Ivoire remains a small player for the time being, as it only produces around 34,000 barrels per day from four blocks managed by the Société Nationale des Opérations Pétrolières (Petroci; C-11), Canadian Natural Resources (CI-26 and CI-40) and Foxtrot International, a subsidiary of French company Bouygues (CI-27).

This production falls short of the strong ambitions that had been pronounced during the first five-year term of President Alassane Ouattara, who was aiming to produce 200,000 barrels per day by 2020.

“The deposit’s potential is estimated, in a preliminary manner, at a total of between 1.5bn-2bn barrels of crude oil,” said the Ivorian minister of energy. In addition, the CI-101 block also contains “between 1.8trn and 2.4trn cubic feet of associated gas,” said Eni.

“The discovery well was drilled on the Baleine prospect, with the government’s support amidst the difficult context of the Covid-19 pandemic. Baleine-1x discovered light oil in two different stratigraphic levels,” the Italian group added.

The country still does not produce anything close to what its Ghanaian neighbour does, which is more than 200,000 barrels per day. The giant Jubilee field, which was discovered in 2007 on the Ghanaian side – about 20km from the Ivorian border – is producing about 90,000 barrels per day. However, its potential reserves are estimated at more than 500m barrels and possibly as much as 1bn.

Côte d’Ivoire’s President Ouattara also welcomed this world-class discovery, which opens up new prospects for the country. Côte d’Ivoire is expected to increase its proven reserves by a factor of 20.

News of this discovery had circulated a few months ago, with some suggesting that an announcement would be made before the October 2020 presidential election. However, both the operator and the Ivorian authorities opted for caution.

Further studies have been planned to better assess CI-101’s potential before launching the development process. The Ivorian government awarded the CI-101 block to Eni in March 2017 and in return, Eni committed to investing $20m for a three-year exploration and drilling campaign.

The Italians paid an additional $4m when the production sharing contract was signed. In the Ivorian offshore, Eni now holds five blocks (CI-101, CI-205, CI-501, CI-504 and CI-802) following the withdrawal of several major companies including Kosmos, BP and Exxon.

“After more than 20 years of industrial exploration in the country’s deep waters, without making any commercial discovery since 2001, the Baleine-1x well has successfully tested a new concept in Côte d’Ivoire’s sedimentary basin located in block CI-101,” said Eni.

According to the Italian group, there is more good news. “An appraisal programme will be implemented to evaluate the significant upside potential of the entire structure that extends into Block CI-802, which is also operated by Eni with the same joint venture and exploration interests.”