#EndSARS: Elites have been selfish in handling national affairs — Okorocha 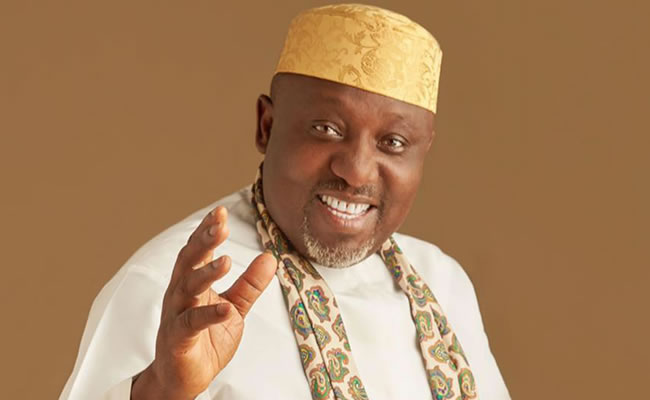 A senator representing Imo West senatorial district, His Excellency, Owelle Rochas Okorocha has blamed selfishness of the ruling elite class for the ugly violence anarchy and civil unrest with many people losing their lives that greeted the #EndSARS protest across the nation, Daily Times gathered.

As he described the situation as very unfortunate and highly regrettable, the former governor of Imo state sympathised with those that have lost their loved ones due to the protests.

Sen. Rochas Okorocha said the #endSARS protest is as a result of disappointment over economic issues in a nation where joblessness and poverty is ravaging the overwhelming youth population.

In a statement issued in Abuja on Saturday, Okorocha called public office holders including federal lawmakers to cut down on their incomes to pave way for government to appropriate more funds for palliate measures to cushion the effects of economic hardship on Nigerian youths.

“I want to say that this is a wakeup call by the youths of this country to the leaders of this nation. It is a pointer that we the elite have been selfish in handling the affairs of this country. There has been a track record of unfair leadership for a long time.

“The truth is that our lifestyle provokes the youths. We must call on leaders, the legislatures and executives, to change our lifestyle as a mark of sacrifice. It is not necessarily because they are comfortable with what they get. And even when they get, they have thousands of people that supported them in addition to the extended family system in Africa.

“There are in-laws, friends, classmates, political associates and at the end of the day, the federal house members end up in penury. However, I strongly advocate that the legislatures and executives must make sacrifices from their salaries and allowances as a way of ameliorating the situation the youths are facing.

“The situation now calls for national sacrifice from the leadership. Even if we are going to turn the senators to live in hostels, let everybody cut down 50 to 70 per cent his or her income so that the youths will also have a sense of belonging that the leaders are making sacrifice”, said Okorocha.

While commending President Buhari for the actions taken so far, especially in reassuring the youths of meeting up their demands, he charged leaders to act quickly under this present situation to prepare for the future.

He said “today, we have millions of out of school children in the country, it is another time bomb for tomorrow. While the situation is getting under control, government and leaders must rise to their responsibilities to ensure that such future occurrences did not happen again”.

Berating attacks and killing of policemen, he said “yes it was anchored #endSARS, the Nigerian youths are not against the police but against certain segment of the police formation.

“So, killing innocent policemen/women and military personnel is really uncalled for. The social media have not help matters in this period especially when people are posting old pictures and making them look like current ones with people believing in it and acting otherwise.

“If we must protect this nation, then we must be wary of the dangers social media portray us. I want to appeal to Mr President that as a father, he should ensure that we treat the protesters as our children. They have no other nation to call theirs.

“We must take some steps towards showing understanding over what has happened. However, I call on all political, religious leaders irrespective of affiliations to rise up to condemn is condemnable and call for peace in every part of the country”

Okorocha warned those beating the drums of war to desist because doing so will amount to an ill wind that will blow anybody in this country any good.