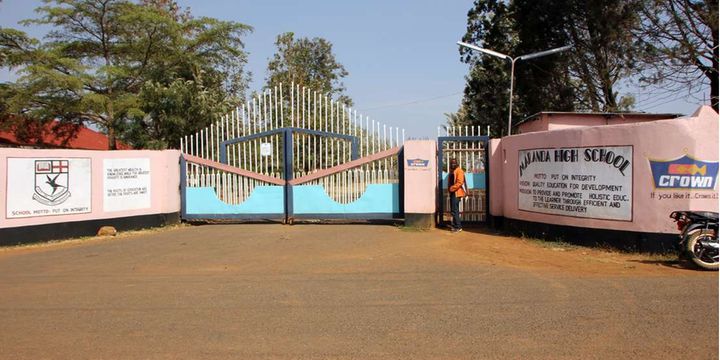 All Maranda School students will have to undergo a mandatory drug and substance test at a public Nacada health facility before they are readmitted in January.

This comes just a month after the school was closed following a fire that left a 600-bed dormitory gutted.

The results of the tests should be presented to school administrators on the day students report back.

Subsequently, there shall be random tests of drugs and substances conducted in and by the school,” read a letter to parents detailing the readmission plan.

Each student is also expected to pay Sh5,125 for rebuilding the burnt dormitory.

Maranda is a national school with over 2,000 learners.

“All fees, including the charges for reconstruction, must be cleared before readmission,” the letter says.

A spate of school unrest hit the country in the last months of this year, attributed to pressure on students from the rigorous school academic calendar.

Six Maranda students were arrested following the blaze and were helping police with investigations.

Beginning on January 3, parents will be required to accompany their sons to school in shifts.

But Form Two students will stay at home until the dormitory is rebuilt.

A parent who spoke to the Nation expressed frustration over unrest at the school.

“I just hope the board will find out whatever is affecting learners in this school. Some parents are struggling just to keep the learners at school

Now we must pay Sh5,000 for reconstruction. Where will we get that money?” said the parent of a Form Three student.

Some stakeholders have attributed the unrest and burning down of school property to exam fever. The Kenya Certificate of Secondary Education exam is scheduled for March 2022.

All schools will reopen for the third term starting on January 3.

Adjustments to the school academic calendar were prompted by the Covid-19 pandemic, which broke out in March 2020.