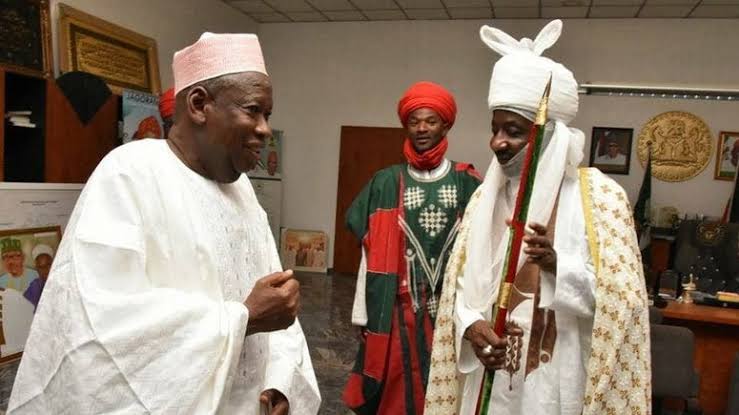 By Awayi Kuje
The dethroned Emir of Kano, Alhaji Muhammadu Sanusi II, has relocated to Loko in Nasarawa State on Tuesday.

He said that Sanusi 11 arrived his palace in Loko Development Area of the state by 3 a.m.

Sabo, however, said that the press would not be allowed to interview the dethroned emir for now.

“Yes, presently, Emir Sanusi is in my palace. He arrived this morning around 3 a.m.,” he said.

The Secretary to the State Government, Alhaji Usman Alhaji, who announced the removal, said it followed alleged disrespect to lawful instructions by the state governor.

According to him, the persistent refusal of the Emir to attend official meetings and programmes organised by the government without any justification amounting to insubordination is part of what has informed his removal.

He said that it was on record that Malam Muhammadu Sanusi II had been found breaching Part 3 Section 13 (a-e) of the Kano State Emirate law 2019.

He said if such attitude was left unchecked, it would destroy the good and established image of the Kano Emirate.

“This removal is made after due consultation with the relevant stakeholders and in compliance with Part 3 section 13 of the Kano State Emirate law 2019 and other reasons stated above.

“The removal was reached to safeguard the sanctity, culture, tradition, religion and prestige of the Kano Emirate built over a thousand years.

“His Excellency, Dr Abdullahi Umar Ganduje, has called on the general public to remain calm, law abiding and to go about their normal and lawful businesses, while a new emir of the Kano emirate would soon be appointed,” he said.

Sanusi, who was the 14th emir of Kano under the Fulani dynasty, was appointed as the Emir of Kano on June 8, 2014.