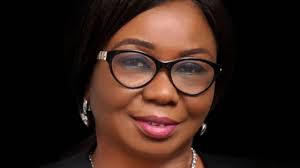 The Acting Director-General of the Securities and Exchange Commission (SEC), Ms Mary Uduk, has extolled the contributions of women in the development of the country’s capital market and nation building.

Uduk spoke at an event to mark the 2020 International Women’s Day celebration with the theme `I am Generation Equality: Realising Women’s Rights’ in Abuja.

She said the day was focused on celebrating the social, economic, cultural and political achievements of women and highlighting their challenges.

The acting director-general said that women had been developing the capital market and by extension the economy of the country in their various careers.

Uduk listed some of the women to include Dr Ndy Okereke and Ms Arunma Oteh, the former Director-General of the commission.

She named some others who also distinguished themselves in their endeavours as Mrs Ngozi Okonjo-Iweala, former Finance Minister; Ms Amina Mohammed, the Deputy Secretary-General of the United Nations; Mrs Folorunsho Alakija, a businesswoman; and Mrs Florence Ita-Giwa, a renowned politician.

“I may not be a feminist, but I am an advocate of women equality, fairness in everything I do.

“There is much improvement on how women are perceived and treated in Nigeria these days, however, there is still much work to be done.

“Women are still being stereotyped, marginalised in politics, discriminated against and sexually harassed in the work place.

“I charge us;  pull up your younger sisters, others in the way you will like your children to be,’’ she said.

One of the guest speakers, Dr Karmell Andzenge, a leadership and management expert, said that both men and women must work together to achieve gender equality.

“For the development of the country, the government must involve the women, because women can reach out and are more result-oriented,’’ she said.

Dr Becky Adeyemi, an Obstetrician and Gynaecologist with the Alliance Hospital and Services, emphasised the need for women to be conscious of their health in order to be healthy to actualise their goals.

The Day, which is celebrated every March 8, is a call to action for accelerating gender parity. (NAN)