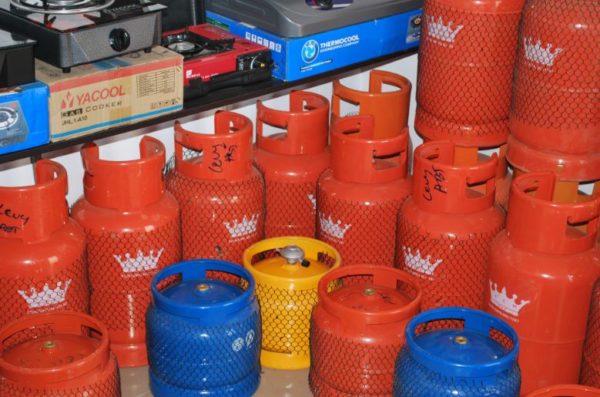 The Nigeria Customs Service (NCS), Federal Operations Unit, Zone B, has seized two trucks with 140 gas cylinders and 678 bags  of NPK fertilisers being smuggled into the country from Niger Republic.

Mr Mustapha Sarki-Kebbi, Zone B Controller who disclosed this to newsmen on Saturday in Katsina said that the three vehicles conveying the items were also seized.

He said that the seizures  were made a week ago along Jibia-Agangaro road in Jibia Local Government Area of the state.

Sarki-Kebbi said that the country’s borders remained closed and any goods brought in through the borders would be apprehended.

He said that the arrest was for security and safety reasons, adding that the cylinders were old and criminals could use them to kill people.

The controller also said that the command arrested another truck carrying 678 bags of NPK fertilizers, which was banned from being imported into the country.

According to him, criminals use NPK fertilizers to endanger people’s lives.

Sarki-Kebbi added that the customs also seized 200 smuggled used tyres, 578 bags of foreign rice, 322 jerricans of vegetable oil, 90 bales of second-hand clothes and soap, among others.

The controller said that the items had a Duty Paid Value of N185 million.

According to him, the closure  of the country’s borders would enhance local production. (NAN)