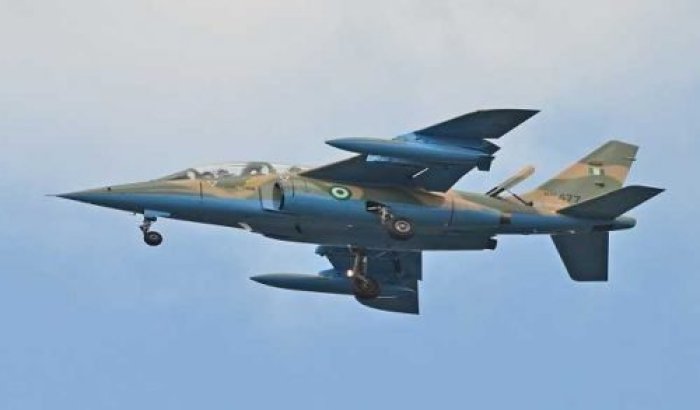 The Nigerian Air Force (NAF) says it has neutralised some key leaders of the Islamic State of West Africa Province (ISWAP) at Jubillaram and Alinwa in the Northern part of Borno, as they assembled for meetings.

Air Commodore Ibikunle Daramola, NAF Director of Public Relations and Information, made the disclosure in a statement on Saturday in Abuja.

Daramola said the ISWAP leaders were neutralised in operations conducted on Thursday.

He said the air strikes were carried out by the Air Task Force (ATF) of Operation Lafiya Dole, under the auspices of Operation Rattle Snake III.

“The mission was executed on the heels of credible intelligence reports indicating that some key ISWAP leaders had assembled for meetings, which were being held simultaneously at two separate venues, at Jubillaram and Alinwa in Marte Local Government Area.

“Accordingly, the ATF scrambled its attack aircraft to engage both locations, damaging the meeting venues and neutralising the terrorists,” Daramola said.

He said the NAF, operating in concert with surface forces, would sustain its air campaign to shape the battlespace in the North East for the effective conduct of further ground and air operations.

Operation Rattle Snake III which commenced on Feb. 4, was aimed at targeting selected locations within the North East in order to shape the battlespace for more effective onslaught against the insurgents. (NAN)