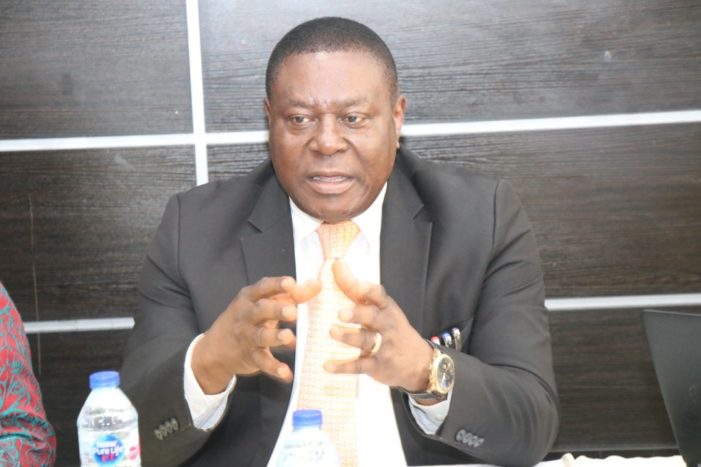 The National Biotechnology Development Agency (NABDA), is to embark on a national sensitisation in order to create awareness among Nigerians on Nigeria’s newly-commercialised biotech cowpea.

Dr Rose Gidado, National Coordinator, Open Forum on Agricultural Biotechnology (OFAB) in Africa, Nigeria Chapter, disclosed this in an interview with News Agency of Nigeria(NAN) on Friday in Abuja.

NAN reports that the Federal Government on Dec.15, 2019, had approved registration and release of a new Pod Borer Resistant (PBR) cowpea variety, SAMPEA 20-T, for commercialisation.

Gidado, who is also the Deputy Director in NABDA, said the awareness creation was necessary in order to bridge the wide gap between the scientific community and the non scientific.

“Even within the scientific community, there is also need for sensitisation since science is multifaceted, there are various fields and most of the jargons are different.

“Awareness must be created for easy acceptance and adoption and with awareness it will be easy to make impact,’’ she said.

Gidado further disclosed that to create the awareness the agency would interact with farmer groups, farmers who were into cowpea cultivation, women groups and extension workers etc.

She clarified that the extension workers were the ones who were in direct contact with the farmers and that the farmers understood their language better.

“We also have to really get to the grassroots, to the local people and begin to sensitise them,’’ she said.

The OFAB national coordinator in Nigeria held that some farmers already knew about the bt cowpea because some had cultivated it during demonstration trial period.

“All those people that actually cultivated it were happy about the yield and the efficacy of the gene,’’ she said.

She emphasised that from the trial the gene proved to be efficient because it protected the cowpea (beans) against maruca insect attack.

“It works against that insect and improves the farmers’ yield,’’ she said.

Gidado further held that one additional unintended benefit that came with the bt cowpea was earliness in maturation, making the crop climate smart.

She said the sensitisation would help farmers to know about “this great attribute which came about by incorporation of the gene into the cowpea’’.

She emphasised the importance and the goodness about the earliness in maturation which according to her, “ means it matures before the local one’’.

She stated that after planting it took between two months and two and a half month for the variety to mature.

She maintained that the seeds of the variety were not hybrid which farmers would have to purchase every year before planting.

“This one is not like that; the variety that was used was the one farmers preferred that the gene was incorporated into.(NAN)