Cleric decries division in CAN 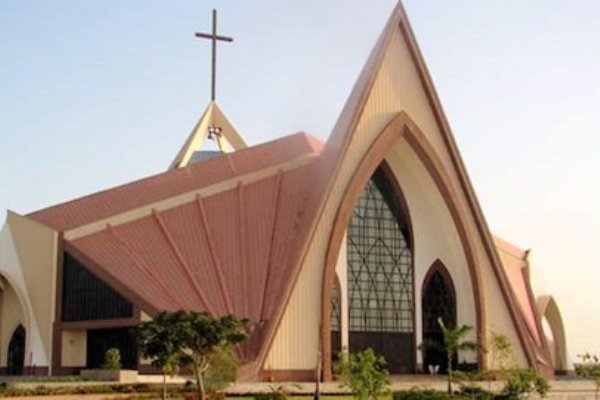 Dr Cosmas Ilechukwu, General Overseer, Charismatic Renewal Ministries (CRM), has called on the various denominations that make up the Christian Association of Nigeria (CAN) to be united for the growth and development of the country.

Ilechukwu made the call at a special service and prayers for Nigeria and political leaders, organised to mark the 10th edition of ‘The Change We Need Nigeria Initiative’ (TCWNNI), on Sunday in Abuja.

He noted that one of the reasons the country had not moved forward was because of the division in CAN.

“We should be able to agree together and be united. We are not supposed to be fighting ourselves.

“Christianity has one mandate which is to disciple nations, and the only way we can achieve this is to inculcate in them the virtue of character and righteousness.

“The declared intention of God in creating man, according to Genesis 1:26 which says ‘Let us make man in our own image and after our likeness,’ is to be the light.

“So, discipleship is all about helping people to develop in God’s likeness. God still wants every human being on earth to think and act like Him.

“And if we think and act like God, Christians are not supposed to be quarrelling among themselves, and we shall all respect CAN as our umbrella organisation,” he said.

According to him, every Christian in the country has to respect the leadership of CAN; otherwise, there won’t be peace and progress.

“But when we are united under one umbrella, our voice will be strong and when we speak, the world will know that Christians have spoken,” he added.

The clergyman said the church came up with the idea of the change initiative in 2009 because of the way the country was going.

“The church needs to play a role in helping the nation to the right kind of change that is needed.

“We are insisting that the character of the Nigerian society has to change; attitude of governance must change and that righteousness must prevail.

The News Agency of Nigeria (NAN) reports that the title of this year’s celebration is “Social Contract and Leadership in Nigeria: Experience and Prospect.” (NAN)