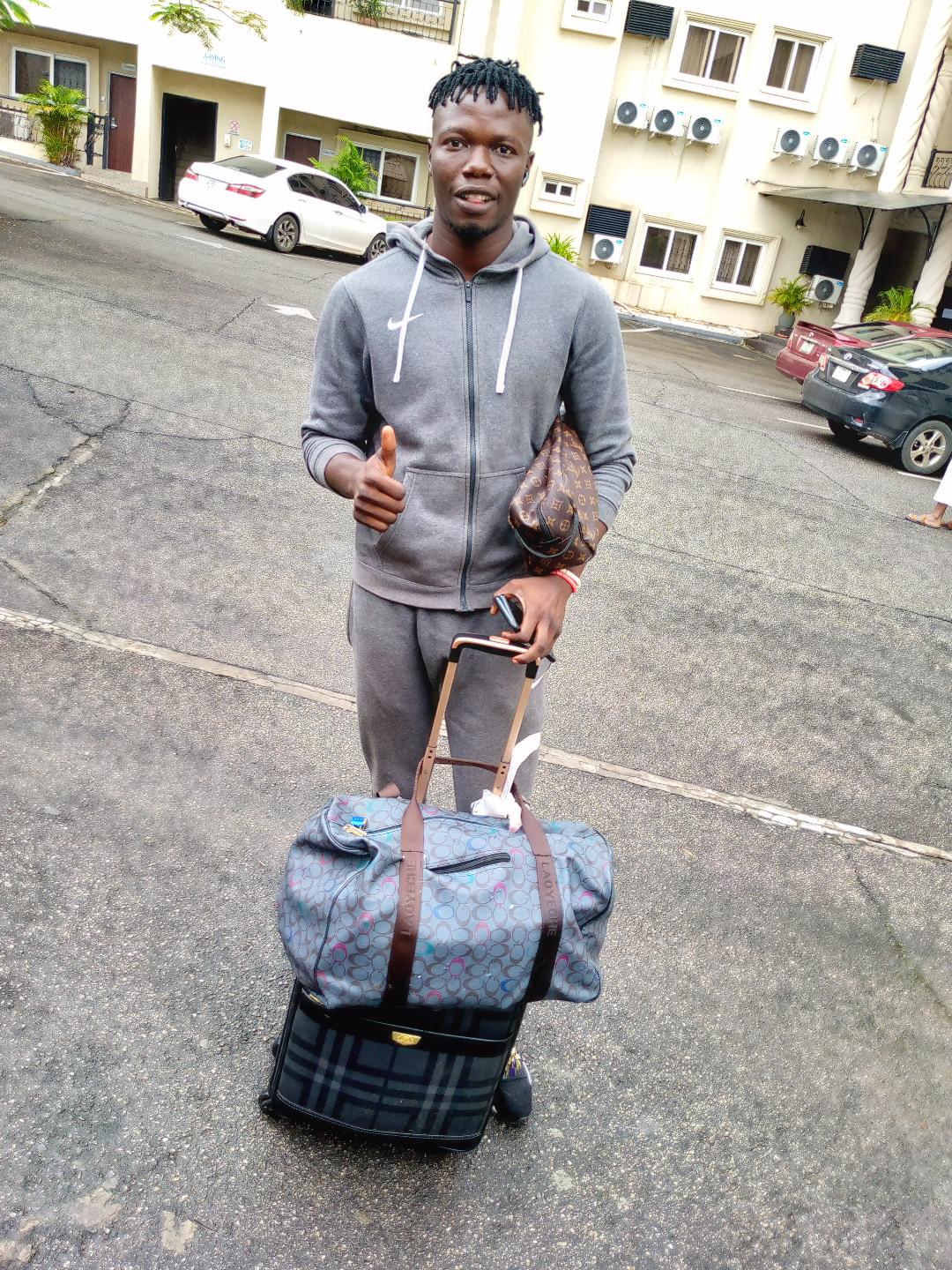 The arrival of goalkeeper Adeyinka Adewale at the Bolton White Apartments in Abuja on Sunday afternoon has completed the body of invited players to the camp of the Super Eagles B, as Head Coach Salisu Yusuf and his assistants perfect strategies for the African Nations Championship qualifying match against Ghana in a fortnight.

The Akwa United FC first choice goalkeeper got clearance from the team’s management to sort out a few family matters before joining his teammates.

The goalkeeper who was in the Super Eagles A squad for the friendlies against Mexico and Ecuador earlier in the year, as well as the Africa Cup of Nations qualifying matches against Sierra Leone and Sao Tome and Principe in the month of June was full of elan and zest on arrival.

Head Coach Yusuf on August 8 called to camp 35 players to battle for shirts ahead of the 2023 African Nations Championship qualifying fixture.

The first set of 31 players arrived at the Bolton White Apartments on Wednesday, 10th August while the other three joined the following day.

The Eagles B will square up to the Black Galaxies in the first leg in Cape Coast on Sunday, 28th August with the return encounter billed for the MKO Abiola National Stadium in Abuja on Saturday, 3rd September.

The winner on aggregate will earn a berth at the 7th African Nations Championship finals to be staged in Algeria early next year.

The players will resume full training on Monday, 15th August after being allowed rest on Sunday.

ALL THE PLAYERS IN CAMP: