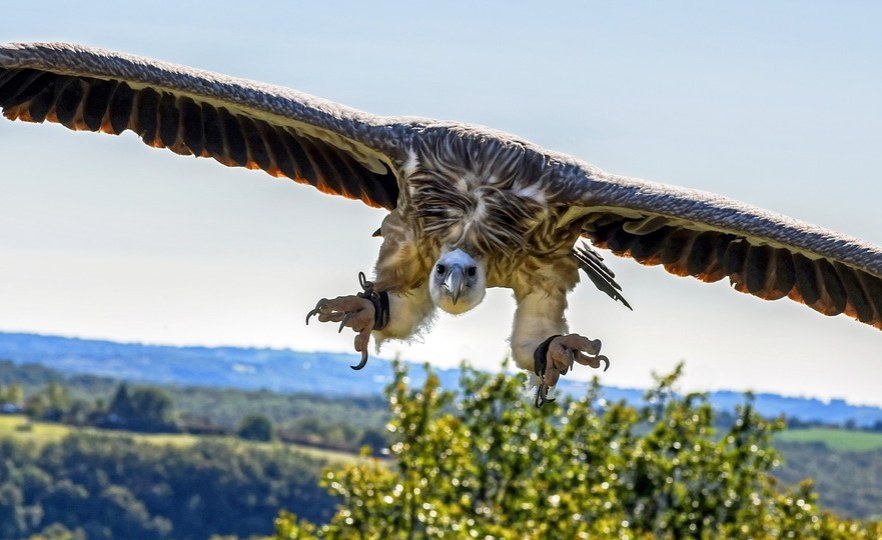 The VulPro conservationist group in South Africa on Friday reported the deaths of more than 150 critically endangered vultures in two separate incidents in South Africa and Botswana.

VulPro’s founder Kerri Wolter told DW that around 100 dead birds were found in the Kruger National Park in South Africa and around 50 in Botswana’s northern Chobe district.

Why are vultures facing attacks?

Vulture poisoning is not uncommon in southern Africa, with two typical motives.

Wildlife poachers sometimes poison vultures because their presence in the skies near animal corpses can alert rangers to their illegal activities.

But vulture organs are also prized by practitioners of “muti,” which some might call traditional medicine and others might dismiss as superstition. The birds’ brains, for instance, are believed to help induce prophecy.

In these cases, the birds’ heads and feet were missing, as usual, but the killers had apparently plundered more from the vulture carcasses they left stricken.

“What’s concerning is the ones in Botswana had organs removed, and we haven’t seen that before,” VulPro’s Wolter said. “So it definitely looks like there’s an increased demand for vulture parts.”

“The organs are definitely for muti or witchcraft or whatever you wanna call it, but we haven’t seen that before. I don’t know what they use it for. We’ve tried to get answers back. The traditional healers won’t give us the answers.”

In both cases, the birds appeared to have died after feeding on the poisoned carcass of a buffalo, which was left for them to find.

The Kruger National Park said it was investigating the South African incident.

“Given the critical status of vultures globally, poisonings at this scale place the species at increasing risk of extinction,” Yolan Friedmann, the head of the Endangered Wildlife Trust conservation group, said in a statement on the Kruger incident.

Several species of Africa’s vultures are classified as endangered. And unlike with many other endangered species, population sizes are still declining, not recovering. Wolter said that overall populations had declined by around 90% in the previous 30 years or so.

“I think why people don’t recognize them as endangered is when you see a vulture, you don’t ever see just one,” Wolter said. “With vultures, they’re colonial species, so you’re going to see them in large numbers. And when you see a large number, you might think ‘oh, they’re absolutely fine.'”

VulPro also warned that the deaths would have a bigger impact on vulture populations than was immediately apparent.

Firstly, the attacks took place during breeding season, raising the possibility of chicks that will no longer survive. But Wolter also pointed out that vultures’ breeding habits mean that an attack on one adult bird is very often an attack on two.

“Vultures are monogamous, they pair for life. So it’s not just the individuals, we’ve lost breeding pairs for these populations,” Wolter said. “There is a very real chance of these species becoming extinct in the not-too-distant future. If there are continued incidents like this then we will lose them.”