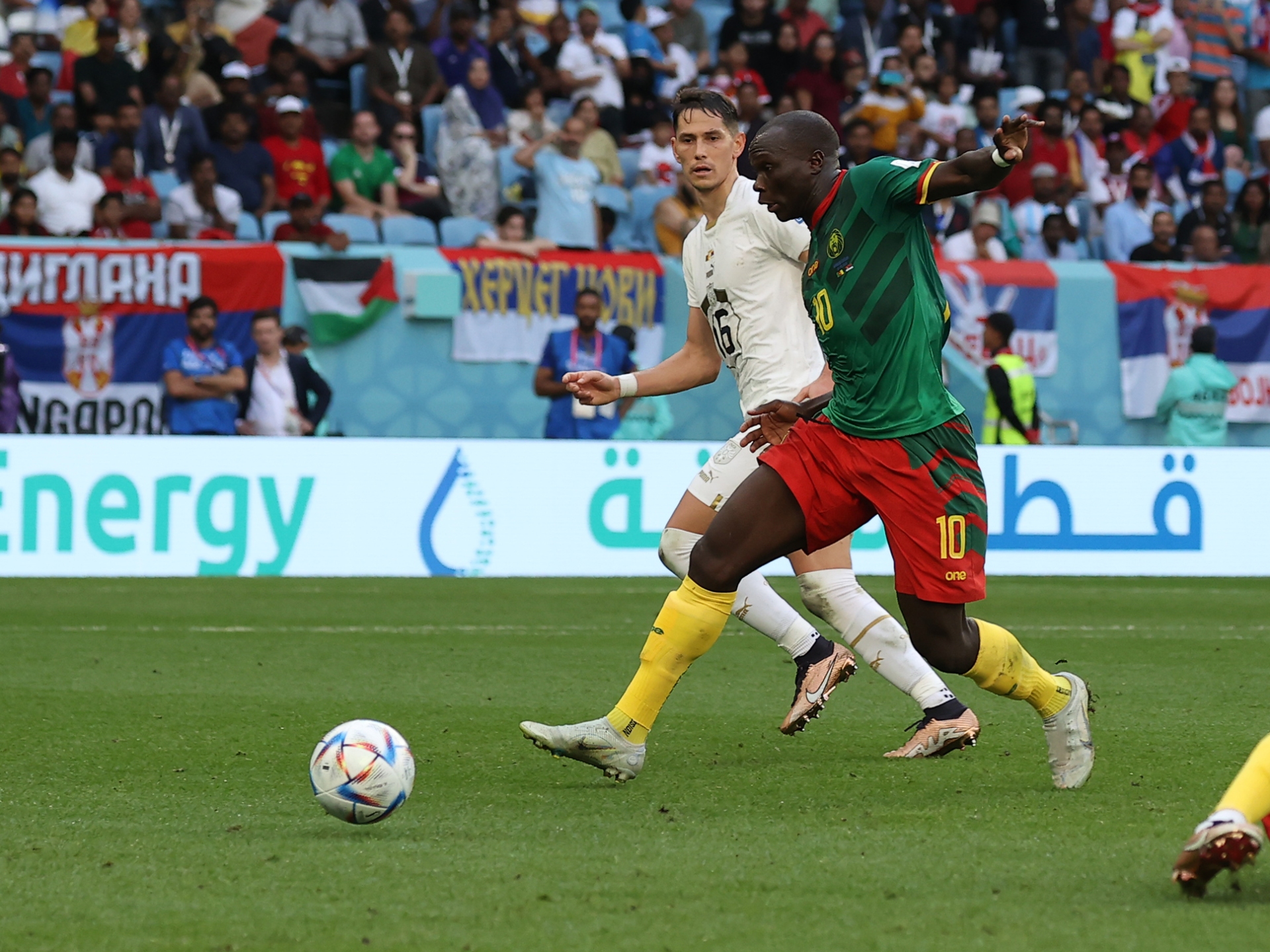 Cameroon and Serbia have shared the spoils in a six-goal thriller – arguably the most exciting game of the World Cup in Qatar so far.

Jean-Charles Castelletto opened the scoring in the 29th minute for Cameroon after Serbia’s Aleksandr Mitrovic hit the post in the match’s early stages.

Two quickfire goals from Strahinja Pavlovic and Sergej Milinkovic-Savic just before the break saw Serbia head into half-time in the lead. Mitrovic then added a third in the 53rd minute as Serbia appeared to be in cruise control.

Cameroon then staged a second-half comeback after newly introduced Vincent Aboubakar in the 64th minute scored an outrageous lob that was initially ruled offside until VAR intervened.

Just two minutes later, Aboubakar drove down the right and passed it to Eric Maxim Choupo-Moting who equalised.