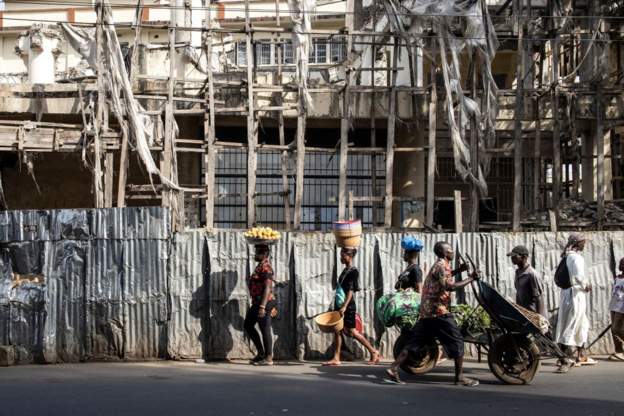 Sierra Leone’s President Julius Maado Bio has offered his condolences to the loved ones of those who lost their lives to flooding in Freetown on Sunday. He said “poor urban planning and mismanagement of the city’s resources” as “an enormous contributor” to the problem.

He also cited climate change as another factor: “The heavy downpour experienced this August points to the impact and consequence of global warming and climate change.”

Sierra Leone has recently seen a spate of heavy rains in the capital city, with one local media outlet, Sierra Leone Telegraph, reporting on Monday that six people died following a landslide caused by floods.

The victims reportedly included a family of three who lived in an informal settlement in an area called Looking Town, as we reported earlier.

Authorities have been warning those living in low-lying areas to move to safer ground.

Sierra Leone has a traumatic history with flooding and mudslides. In 2017 more than 1,000 people were left dead after a devastating mudslide.