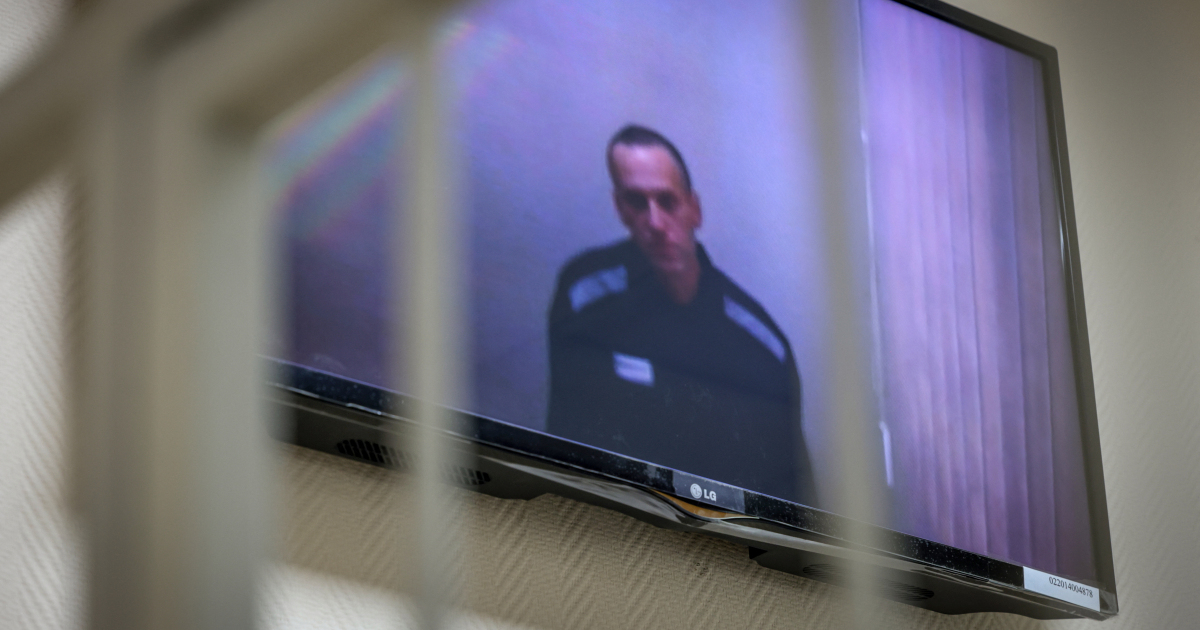 Navalny says he is forced to watch state television in prison and decries ‘culture of snitching’ and constant control.

Kremlin critic Alexey Navalny has given his first interview from prison, comparing it to a Chinese labour camp and saying he is forced to watch eight hours of state television and propaganda films a day.

The 45-year-old Russian opposition figure told The New York Times in an interview published on Wednesday that the days of heavy labour in Soviet gulags were over – replaced by what he called the “psychological violence” of brainwashing and propaganda.

Navalny is being held in a maximum-security prison colony in Pokrov, 100km (60 miles) east of Moscow.

“You might imagine tattooed muscle men with steel teeth carrying on with knife fights to take the best cot by the window,” Navalny was quoted as saying in the interview.

“You need to imagine something like a Chinese labour camp, where everybody marches in a line and where video cameras are hung everywhere. There is constant control and a culture of snitching.”

He said guards monitored them as they watched hours of state propaganda, not allowing them to read or write and waking inmates if they fell asleep.

But Navalny remained upbeat about the future of Vladimir Putin’s rule, insisting that one day it would end.

“Sooner or later, this mistake will be fixed, and Russia will move on to a democratic, European path of development. Simply because that is what the people want,” he said.

He also repeated criticisms of the United States and European governments for sanctions on Russia, which he said harm Russian people rather than those in power.

He said he has not been assaulted by any fellow prisoners, and even described having “fun” making snacks with them.

Navalny has not been silent since his jailing in March, releasing a letter from prison and also managing several social media posts, but the interview with the Times was the first since his imprisonment.

A total of 54 handwritten pages with Nawalny’s answers are said to have reached the journalists. His press spokesperson, Kira Yarmysh, confirmed on Twitter that this was the first interview since his detention.

The dissident was flown to Germany for treatment but defiantly returned to Russia in January, only to be arrested and sent to the penal colony.

According to the verdict of the court case brought against him, he violated parole requirements in Russia during his time in Germany. The sentence was widely criticised internationally as politically motivated.

The Kremlin has denied poisoning Navalny and has maintained his prison sentence is not political.

This month, he was charged with new crimes that could prolong his jail time by three years. If found guilty, he could only be released after 2024, the year Russia is scheduled to hold a presidential election.

His movement has faced unprecedented pressure before September parliamentary polls in Russia, in which Putin’s United Russia party is expected to struggle.