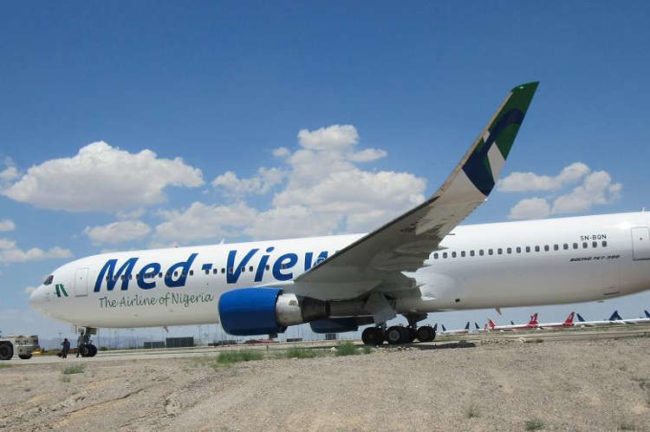 The Accident Investigation Bureau (AIB) has released the preliminary report on serious incident involving a Boeing 737-500 aircraft owned and operated by Med-View Airline.

The General Manager, Public Affairs, AIB, Mr Tunde Oketunbi, disclosed this in a statement in Lagos on Sunday.

Oketunbi said investigation on the occurrence was still ongoing while final report on the incident would be released at the conclusion of the investigation.

The AIB official explained that the aircraft was with nationality and registration marks 5N-BQM.

He noted that it was enroute Murtala Muhammed International Airport, Lagos on July 23, when the incident occurred at 32,000 feet above mean sea level FL320.

Oketunbi said the preliminary reports were not the final reports as they contain details of the initial facts, discussions and findings surrounding the occurrences.

“Others are the Flight Data Monitoring (FDM) data, preliminary inspection of the accident sites and the wreckage,” he said. (NAN)