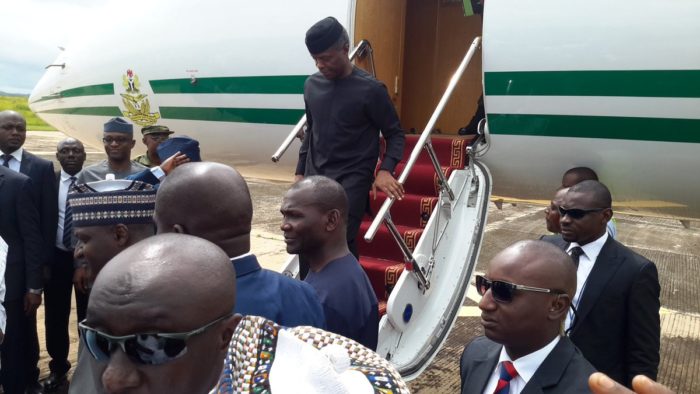 Vice President Prof. Yemi Osinbajo, SAN is set to embark on a State visit to Akwa Ibom to represent President Muhammadu Buhari at the 32nd Anniversary of the state’s creation.

According to the programme released by the 32nd Anniversary Planning Committee, “Prof. Osinbajo will participate in some of the activities lined up for the event, including the commissioning of some projects today and a 32nd Anniversary Church Service at the Uyo Stadium, on Sunday.

Earlier in the month at a thanksgiving, Gov. Emmanuel disclosed that the President (who would now be represented by the Vice president), would be commissioning certain projects by the administration.

Some of the projects to be commissioned include: the kings flour mill and the plywood industries: Other activities scheduled for the event include the Anniversary Banquet to be held at the Government House in Uyo.

Akwa Ibom State was created on September 23, 1987 by the Gen. Ibrahim Babangida regime.