NIPR to set up tribunal to check professional misconduct — Sirajo 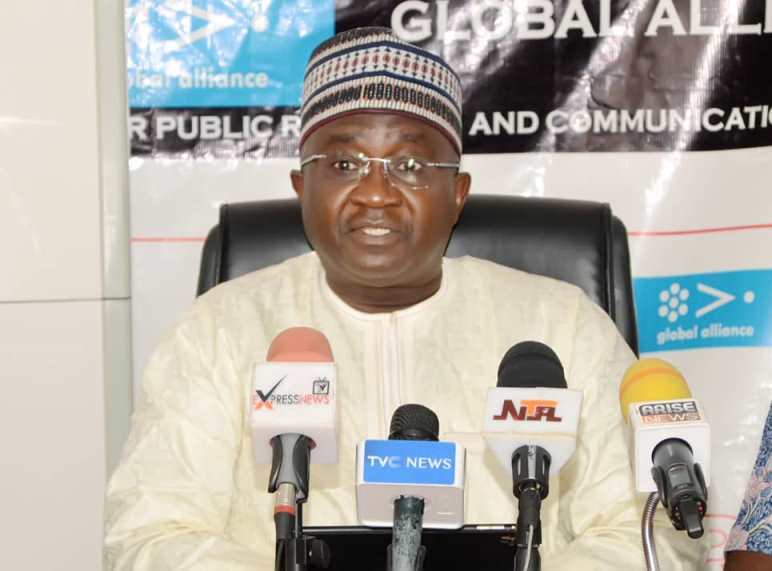 The Nigerian Institute of Public Relations (NIPR) says plans are on to establish a tribunal to ensure there is sanity in the Public Relation profession.

Malam Mukhtar Sirajo, President of NIPR said this in Abuja on Friday while receiving the report of the Policy and Strategic Committee of NIPR saddled with the responsibility of producing a blueprint for restructuring of the institute.

Sirajo said that the restructuring had become long overdue considering the problems bedeviling the institute and that of disunity and criminality bedeviling the country.

According to Sirajo, the tribunal will help the institute to regulate its activities and that of its members.

“We have written a letter to the minister of justice to establish a tribunal as mandated by the act that established NIPR to prosecute people who are practicing the profession without license.

“Already, our dragnet is catching people who not only go about practicing without certification but even organise training in the name of NIPR and issue certificates and they are not known to the institute.

“We are already in court with some of them.

“The mandate of the Policy and Strategic Committee is to take a critical look at NIPR activities and find out what they think that is making it not to grow as fast as it should and proffer solution.

“The idea of setting up this committee was because we realised that things were not in order.

“We have sister institutes around the world and we see what respect they are given, and we ask ourselves why can’t we have one-quarter of that respect here in our own country?

“We can as well go home and begin to play the blame-game that government is not doing anything and so on.

“But I believe in the maxim that says that when you point accusing finger, four others are pointing at you.

“We realised that the problem is not about government but rather a systemic one and we as part of that system have our own problem.

“So, the best way to solve it is to accept that there is problem,” Sirajo said.

He assured that the institute through its council would ensure the report was put into use to reposition NIPR.

Chairman of the committee Prof. Tony Iredia said they were eager to see a transformed NIPR and as such the need for the report.

Iredia said: “The work of this committee is to ensure NIPR has a formidable policy and method of implementing the policy.

”That is what strategy is all about and that is why this committee was set up to energise the NIPR.

“So much has happened in the past and many people have asked questions such as who is an NIPR member and who is not supposed to be, and so on.

“All these questions have been asked and in tackling the policies and strategies for creating such policies we have taken cognisance of the state of affairs that portrays the realities on ground.

“We are committed to transform this body into a respectable professional body in Nigeria, that is why we came up with this report and council should look through and make their decision.”

He noted that time had come for the institute to ensure those practicing Public Relations had the professional competence to do so.

Dr Ike Neliaku, a fellow of NIPR and Secretary of the Policy and Strategic Committee said the institute had also through its “master class” programme harvested and harnessed practitioners of Public Relations across the country who were practicing illegally.

This, Neliaku said, was also part of effort to maintain professionalism in the profession.

“Unless you are regulated, registered and authorised to practice by NIPR, you are a quack, you don’t exist and it is actually an offence under the law of the Federal Republic of Nigeria.”

News Agency of Nigeria (NAN) reports that one of its own, Mrs Ebere Agozie, was among the no fewer than 60 PR practitioners inducted on Friday after a rigorous training. (NAN)