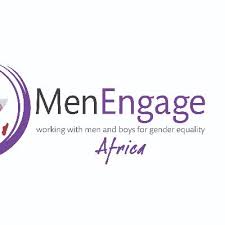 He said this at a two-day meeting of representatives of 22 African countries on Thursday in Abuja to re-strategise on ending gender disparity on the continent.

According to him, the meeting of 22 African countries is to find ways to bridge gender inequality in Africa.

Sekajoolok said that the report on Gender Parity Score in Africa, prepared by Mckinsey Global Institute, was a wake-up call for more efforts toward
gender equality to improve development on the continent.

He added that the report indicated that it would take Africa over 140 years to bridge the gap between men and women in sub-saharan Africa.

“We need to make sure that we increase our efforts to work alongside women rights organisations for us to achieve true gender equality.

“If each country tries to be as good as its neighbours, we will go a long way because the report says it will take us 142 years to achieve gender equality.”

The Chairperson of Global MEA, Mr Bafana Khumalo, said that the organisation focused on transformative masculinity in support of gender equality,
especially among men and boys.

He added that women were still on the receiving end in a region where they are in majority.

“When  you look at the economic indicators, most of the food production in Africa are done by women but they continue to suffer catastrophe,
climate change and intensive violence.

“Women’s rights are human rights and our task is partnership with women groups to match side by side to transform our region so that we can have
a world where all of us can be treated with dignity, respect and acknowledgement.,” he said.

Khumalo added that the meeting would provide a platform  for participants to focus on governance and network building aimed at promoting gender equality in Africa.

Dr Chris Ngwu, Representing of MEA Nigeria, said there was need for more women to be given opportunities to express their potential.

“We realised here in Nigeria that politicians are beginning to involve more women as political points for campaign, which means we are gradually ascending toward gender equality.

‘“We need to engage with policy makers and government to ensure conducive environment that would promote transformation, especially in gender equality,” he said.

Mrs Sekinat Lawan, one of the participants, said that women should not be denied their rights, adding that policy makers needed to implement laws that would end all forms of gender based violence so as to project the dignity of the female gender. (NAN)