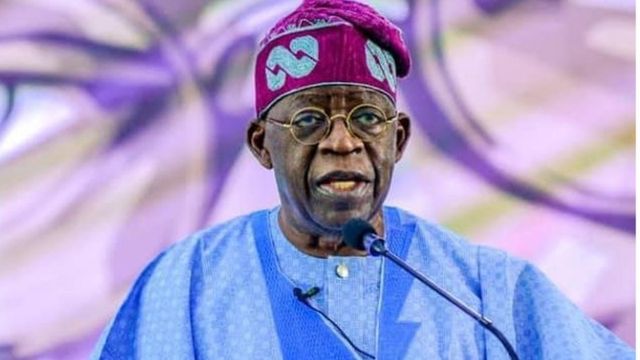 National leader of the All Progressives Congress and APC presidential aspirant, Asiwaju Bola Tinubu, has expressed confidence in winning the APC primaries and defeating other oppositions to win the 2023 presidential election.

This is just as the Kaduna state delegates, led by Governor Nasir el-Rufai, gave their voice votes in support of Asiwaju Tinubu, noting that he is the first aspirant to come to them and they would give their total support to him.

Addressing the Kaduna state APC delegates, Thursday, the former Lagos state governor said with his wealth of experience garnered from the private sector, having fought for return of democracy from the trenches, being a governor for eight years who laid the foundation for the development of Lagos state and being an integral part of the APC merger, he is the best candidate. He said he knows the road and urged the people of Kaduna state to follow him.

Tinubu said, “I’m confident I will win, we would support you on all aspects of governance because you are a democratic people and you have history behind you. With the history of progressives, you are ready for change, development and to give confidence to your children. You must work twice harder for this government to remain APC. That broom has meaning that is associated with religion; cleanliness, hygiene and getting rid of ghettos, thieves.

“Some of you are running I don’t know where to but for me I’m going to the Villa Insha Allah. I’m running, I don’t have legs without you. You are my legs, my wings to get me there.”

Governor Nasir el-Rufai in his response said the people being addressed are all statutory delegates from where the state’s 69 delegates to the national convention will be chosen on Tuesday.

Governor el-Rufai then asked the Kaduna state delegates if they are for Asiwaju, to which they loudly responded “Yes”.

He also asked if anyone is against Asiwaju to which they responded with a resounding “No”. “We are for consensus. The people here would ensure that they stand by you. Our people appeared convinced and when the people of Kaduna give our word, we keep our word”.