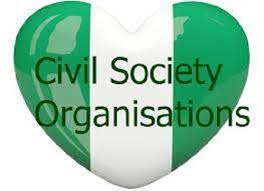 As preparations for the 2023 general elections thicken,  a coalition of civil society organizations in Nigeria, has called on presidential aspirants, government and critical stakeholders to prioritise accountability issues in government processes, and  ensure integrity of the coming polls.

While also urging inclusiveness in the politics, the coalition called for fiscal transparency, and plans to strengthen anti-corruption agencies as well as address gender challenges.

The coalition which include Accountability Lab Nigeria, Connected Development (CODE), SERAP, BUDGIT, CJID, PLSI, Yiaga Africa, and EIE during a joint media briefing Thursday, raised these concerns having observed the recent agenda and plans of presidential candidates for the 2023 elections.

“With over 20 years of sustaining democracy, Nigeria needs to work towards achieving inclusive governance where all classes of citizens and underserved groups have every opportunity to participate in governance processes effectively.

“The monetisation of politics was the main headline during the political parties’ primaries and has become a pointer to how vote buying and selling will play a disruptive role in the 2023 elections. This has also affected the value of the naira, as aspirants now deal in and distribute major international currencies, especially the dollar…. “, they said.”