‘Nothing left’: Floods in Sudan leave 100 dead, many homeless | News 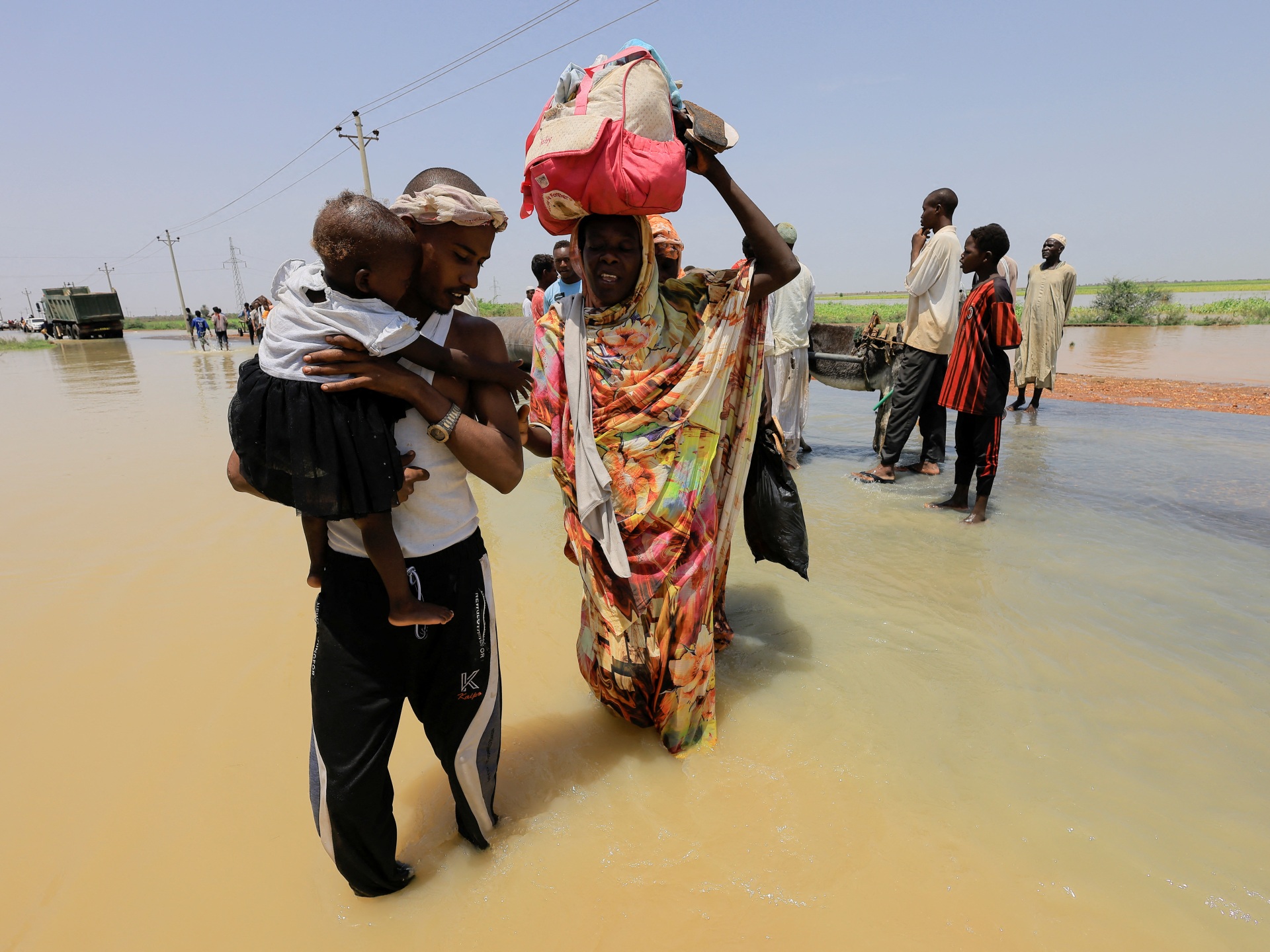 Floods have continued to cause devastation in Sudan, with more than 100 people killed and thousands affected by torrential rains and authorities declaring an emergency in six of the hardest-hit provinces in the country.

The UN Office for the Coordination of Humanitarian Affairs on Wednesday said at least 258,000 people have been affected by the floods in 15 out of 18 provinces.

Al Jazeera’s Hiba Morgan, reporting from Gezira, said many residents have been forced out of their homes since heavy rains hit the region more than two weeks ago.

“Gezira is one of the states where the government has declared a disaster. Dozens of villages have been submerged here since the beginning of the rainy season, leaving hundreds of families homeless,” Morgan said.

As of 31 of August, the number of people affected by #floods in #Sudan reached 258K. This is an increase of 32k in just a few days. More than 15k homes have been destroyed and 39K damaged in 15 states, as the water levels have exceeded risk levels in some areas. pic.twitter.com/xERrknpQjG

Morgan added that many people have sought refuge on drier land, but said that they are yet to receive any help.

“We woke up to water entering the homes and got out what we can. Every hour we hear a house has fallen, or a sewage system has collapsed or a wall has come down. There is nothing left,” Adam Ismail, a  resident of Wad Alnaeim, told Al Jazeera.

Ismail added that he had been waiting for the water to recede so that he and his mother could go back and rebuild their home again. Two weeks in, he is unsure how long that will take.

“The rainy season has been described by many as one of the worst they’ve ever seen, and the downpours have affected nearly the whole country,” Morgan said.

A local resident, Hamdan Tia, told Al Jazeera he had put up barricades, but that his house still suffered major damage.

“We took out the children and what furniture we could but the house has been destroyed. We built barriers and are still draining out the water,” he said.

“Now we’re worried about the diseases the water can bring, like malaria and infections.”

Heavy rainfall in Sudan occurs every year between June and October.

Flood victim Samah Zein said people in Gezira “needed everything” to help them restore their lives as the floods had destroyed much of what they had, leaving them with “nothing”.

“Shelter, food, water, healthcare. The most important thing we need is for the water to be drained so they can go back. I hear people crying at night because of the situation we are in,” Zein told Al Jazeera.

Meanwhile, in 2020, some 800,000 people were affected by the floods, leading Sudan to declare a state of emergency.