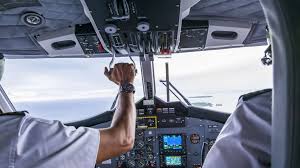 The twin bodies of the Association of Nigeria Aviation Professionals (ANAP) and the National Union of Air Transport Employees (NUATE) have lamented the negative influence of imposing unprofessionals to hold important positions in the aviation agencies and the unending discussions around the country’s airport concession, which they said is riddle with many lapses.

In separate messages on Sunday to mark the May 1st Workers Day celebration, General Secretary of ANAP, Comrade Abdulrasaq Saidu condemned the imposition of some unprofessionals as directors in agencies he said has led to lack of productivity in the system while NUATE National President Comrade Ben Nnabue call on the Minister of Aviation, Senator Hadi Sirika to urgently review his Aviation Road Map.

Nnabue said “We hold the view that the projects under the Road Map require significant adjustments to harmonize them with current realities in the world of aviation and our national interest.”

According to him, “The twin big issues of Minimum Wage Consequential Adjustment and Conditions of Service for the aviation Agencies are currently raging. We stand firmly by the decision of workers not to accept continuing shifting of the goal post by government agencies on these issues.

Therefore, this week has been set out for major decisions and subsequent decisive actions that will bring these issues to a foreclosure.”

The NUATE President added “We use this medium to call on the Federal Government to urgently address the serious shortcomings of the newly commissioned international terminal at MMIA so as to put the terminal to use. It will be a major disservice of this administration should the terminal turn out to be a white elephant. This must be avoided at all costs.”