Who is responsible for the deaths of children at EU borders? | Refugees 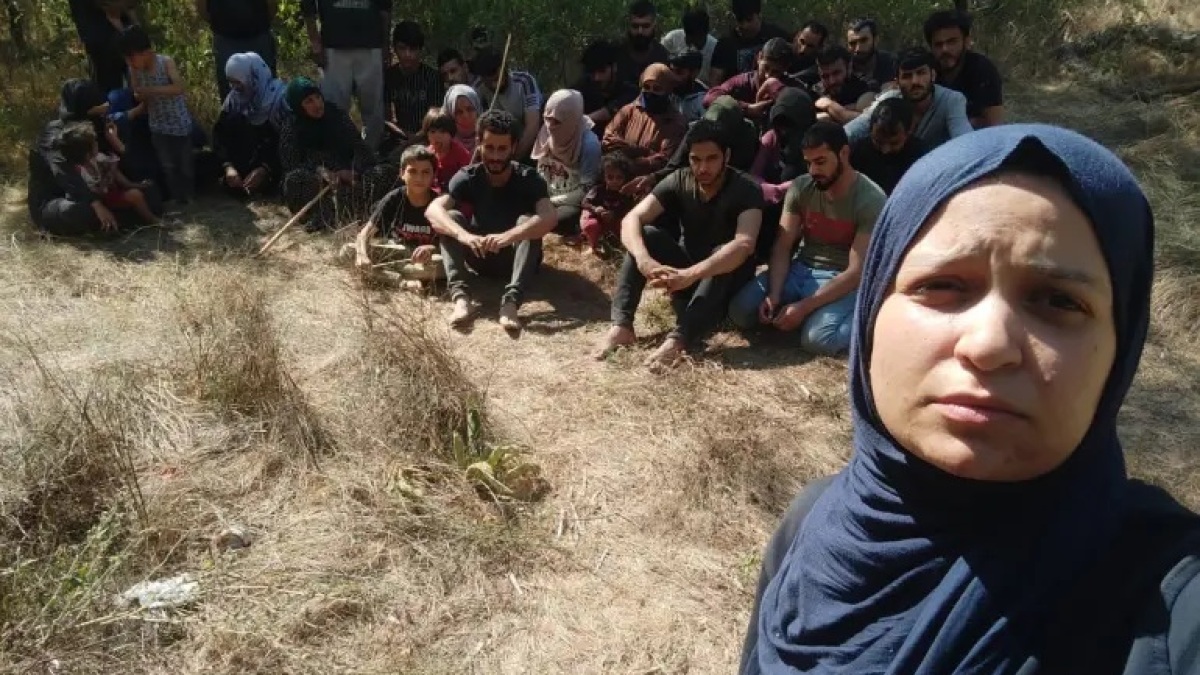 On August 10, the world found out about the tragic death of five-year-old Maria on the Greek-Turkish border. The little Syrian girl was part of a group of 39 refugees, who had crossed from Turkey into Greece to seek asylum, but who were instead pushed back by the Greek and Turkish authorities onto an inhabitable islet in the middle of the Evros river, which runs along the border.

Maria died after being stung by a scorpion, two days after the group was stranded there.

Although activists contacted the Greek police, Frontex and the UNHCR in Greece to rescue the group, their calls were presented as “fake news” and ignored. Another girl, a nine-year-old, was also stung by a scorpion and was in critical condition.

A few weeks later, a four-year-old girl died on a refugee boat that had tried to reach Italy but had broken down and drifted towards Malta. Despite alerts about a vessel in distress, European authorities did not respond for six days.

These are not just isolated cases of child refugees dying at a European border, while fleeing war, authoritarianism, climate change-related natural disasters, poverty or a combination of these factors. In 2015, the world was shocked by photos of three-year-old Syrian boy Alan Kurdi, who drowned in the Mediterranean Sea after a boat carrying him and dozens of other refugees sank. In 2017, international media reported on the story of six-year-old Afghan girl Madina Husein, who was hit by a train after she and her family were pushed back by Croatian authorities into Serbia.

Alongside these few publicly known cases, the Missing Migrants Project, launched by the International Organization for Migration, reports that more than 1,000 children died or went missing during their migration journeys to Europe between 2014 and 2022. These children died or got lost at European borders – stretching from the English Channel to the Balkans, and the Mediterranean – and borders of Europe’s key partners in migration controls, Turkey and Libya. Children who do survive their migration journeys to European Union countries often get injured or traumatised while crossing borders.

While researching border-related violence, I have met many families who saw their children being harmed or dying. Their stories are similar to Maria’s. They all took place at borders where illegal pushbacks by local authorities and Frontex are a common practice, which denies people the right to seek asylum.

Almost 2,000 kilometres (1,243 miles) east from where Maria died lies the border between Iran and Turkey, which refugees from Afghanistan, Pakistan, Bangladesh and Iran try to cross on their way to Europe. Even asylum seekers from Turkey’s neighbours, Iraq and Syria, opt for this dangerous route, as the Syrian-Turkish and Iraqi-Turkish borders have become more difficult to pass through.

To prevent migration towards its borders, the EU has provided 110m euro ($110m) to Turkey which has been used to construct a concrete wall and install additional surveillance equipment at the Iran-Turkey border. In parallel, pushbacks by Turkish border authorities have become the main form of migration deterrence.

During my research at this border in 2021, I met several people who said they were pushed back by Turkish security forces into Iranian territory. Four men from Afghanistan told me that after a pushback, they got lost in the mountainous area near the border; while walking through the rough terrain, they came across members of an Afghan family, including a baby who was about a year old, lying dead in the snow: “They had to die of freezing,” one of the men told me.

In other cases, refugees, including children, were injured or died while being transported by smugglers across Turkish territory. “I was here when 70 people drowned in Van Lake, including a six-month-old baby from Afghanistan,” an Afghan refugee I met in the Turkish city of Van, told me. “We were all crying and buried the little body in the local cemetery.” I also heard stories of children dying when police opened fire on the vehicles they were travelling in or when they crashed.

About 1,300 kilometres to the northeast from the Evros river, where Maria died, lies the Croatian-Bosnian border. I volunteered there with the Border Violence Monitoring Network in 2018 and 2019. Among the hundreds of people I met reporting pushbacks was an Iranian family, which included a three-year-old girl. Her father rolled up her T-shirt to show her bruised back and said: “[During the push-back from Croatia to Bosnia, Croatian] police kept shouting at us to go fast across the river. I was holding in my arms my daughter and they kept beating me while I was holding her. I slipped and fell, and my baby got her back injured.”

The deaths and injuries of refugee children are commonly labelled by state officials as accidents that happen as a result of the harsh terrain refugees cross and attacks by wild animals, or because of their dealings with smugglers. State authorities also like to blame and prosecute parents for their children’s deaths – a practice that has been backed even by international aid agency officials.

“The same mothers [grieving for the loss of their children] had no problem to encourage or fund their children on dangerous journeys to Europe. Like in Senegal, symbolically prosecuting parents for putting at risk their children could trigger serious attitudinal change on death journeys,” Vincent Cochetel, a special UNHCR envoy, recently argued in a tweet.

By adopting this narrative, EU governments and officials seek to absolve themselves of responsibility for refugee children’s deaths. But the blame very much lies with them.

Children are placed in these dangerous situations because of the EU’s migration policies and border controls which aim to reduce refugee arrivals to the Union. Families with small children would not have to embark on risky journeys, alone or with smugglers, if they were not denied legal and safe border passage and immediate access to asylum procedures. Children would not be stranded on islands and in the mountains or fall into the rivers or seas if EU state authorities and their non-EU partners were not pushing them back or refusing rescue missions.

In other words, children die at borders because of violent policies, including surveillance and pushbacks, deliberately deployed to prevent them from exercising their right to asylum.

This means that children’s deaths are not accidents but the result of EU “strategies of non-arrival” which aim to stop refugees from exercising their rights granted by international law. At the same time, closed border passage underpins racial violence as border walls and pushbacks target mainly non-white refugee groups fleeing former European colonies.

The humanitarian corridors the EU opened earlier this year for Ukrainian refugees – who are considered white and European and therefore, “desirable” – demonstrate that it is possible for children (and adult) refugees to cross borders in safe and legal ways in order to apply for asylum in the EU.

Children are without doubt the most vulnerable refugee population. Any refugee child, no matter their race, faith or social background, should be allowed to cross borders safely to access protection. European officials should abandon violent closed-border policies and develop safe and legal routes in collaboration with their key partners.

Instead of prosecuting parents, who have lost their children on dangerous migration journeys, governments ought to hold accountable members of their security forces who commit illegal pushbacks and use violence against refugees. Equally, Europe should move away from the racist logic of border control shaped by its colonial past. Unless these changes are made, we will continue reading media reports about the tragic deaths of children at borders.