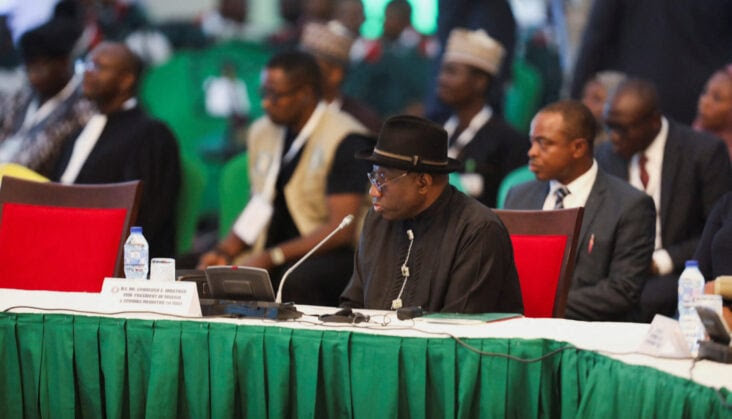 “We ask the Malian authorities to release the Ivorian soldiers by January 1, 2023 at the latest,” Omar Alieu Touray, president of the Economic Community of West African States (ECOWAS) commission, told journalists at a summit in Nigeria.

Gambian diplomat Touray also said the West African bloc reserved the right to act if the soldiers were not released by January 1.

If Mali fails to do so, ECOWAS will impose sanctions, a West African diplomat told AFP.

Togolese President Faure Gnassingbe, who has been mediating between Mali and Côte d’Ivoire on the issue, will travel to Mali to “demand” the release of the soldiers, the diplomat added.

The Ivorian troops were arrested on July 10 on their arrival at the airport in Mali’s capital Bamako.

Côte d’Ivoire says the troops were sent to provide backup for the UN peacekeeping mission in Mali, MINUSMA, and are being unfairly detained.

Mali says the troops are mercenaries and has placed them in custody on charges of attempting to harm state security.

The heads of the ECOWAS member states, or their representatives, held talks in the central Nigerian city of Abuja.

ECOWAS had decided at an extraordinary summit in September to send a high-level delegation to Mali to try to resolve the crisis. But no progress was reported from this mission.

Also on the ECOWAS summit agenda were the coups that have shaken the region over the past two years in Mali, Guinea and Burkina Faso.

The West African leaders, concerned about instability and contagion, have been pressing for months for the quickest possible return to civilian rule in the three countries.

Mali and Burkina Faso have both been severely shaken by the spread of jihadism.

All three countries have been suspended from the decision-making bodies of ECOWAS.

Leaders of the military juntas have pledged, under pressure, to step down after two years, allowing for a transition period during which they all say they want to “rebuild” their state.

ECOWAS has been looking to see what progress each nation has been making towards restoring constitutional order.

In Mali, “it is essential that constitutional order returns within the planned timeframe”, said Touray.

If Mali’s military meets the announced deadline of March 2024 — after months of confrontation with ECOWAS and a severe trade and financial embargo that has now been lifted — the “transition” will in fact have lasted three and a half years.

Touray urged the junta in Guinea to involve all parties and civil society in the process of restoring civilian rule.

The main political parties and much of civil society there have been boycotting the authorities’ offer of dialogue.

4As for Burkina Faso, Touray expressed ECOWAS’s “serious concerns” about security developments and the humanitarian crisis there, while pledging support for the country.