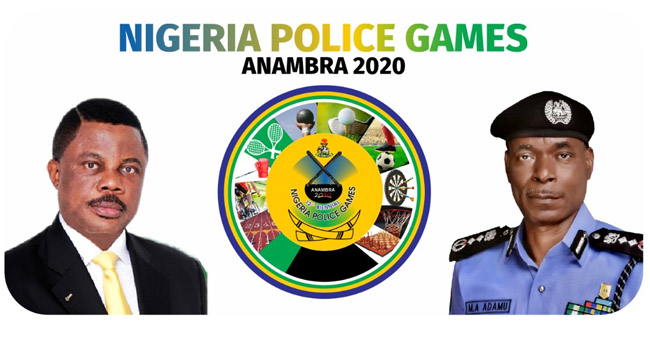 Muazu, who is also a member, Sports Planning Committee, 2020 Nigeria Police Games, said this on Wednesday at the Rojenny International stadium Oba, Anambra, venue of track and field events of the ongoing Police Games.

He noted that the athletes had no option than to break their own records after placing the Nigeria Police Force as record holders in some of the events at the 2019 World Police Games in China.

“We are looking forward to setting new standards especially in athletics because we have many of them that competed favourably in August 2019 when we went for the World Police Games and they came home with about 26 medals.

“We have some world records we are looking at and we hope to break them at this police games to prepare us for the next edition of the World Police Games,” he said.

Muazu admitted that there were some challenges encountered in the buildup to the Games but that the state government intervened eventually.

“I will say that so far so good after taking off in a colourful ceremony on Saturday, as at Wednesday, some of the events have been concluded and we are coasting to the finish line.

“Of course, there have been challenges right from the beginning and it is obvious you can’t organise competition of this magnitude without encountering some challenges.

“One of them is that Anambra State has lots of sporting facilities but many of them are lying waste.

“We were disappointed the first time we came to Rojenny stadium, but government intervened and upgraded the facilities.

“Government equally upgraded the facilities in other sporting centres; there are new volleyball, handball and basketball courts built for this tournament.

“The state government deserves to be commended for hosting this tournament; and moving athletes from 12 zones and Force Headquarters posed lots of logistic challenges,” he said.

The AIG further said that efforts were being intensified to prepare the athletes for the 2020 Olympics scheduled to hold in Tokyo, Japan.

He said: “We have police officers going to represent Nigeria at the Olympics and they are already preparing alongside other non-police officers. Many of them will be at this month’s National Sports Festival in Edo State,” Muazu said.