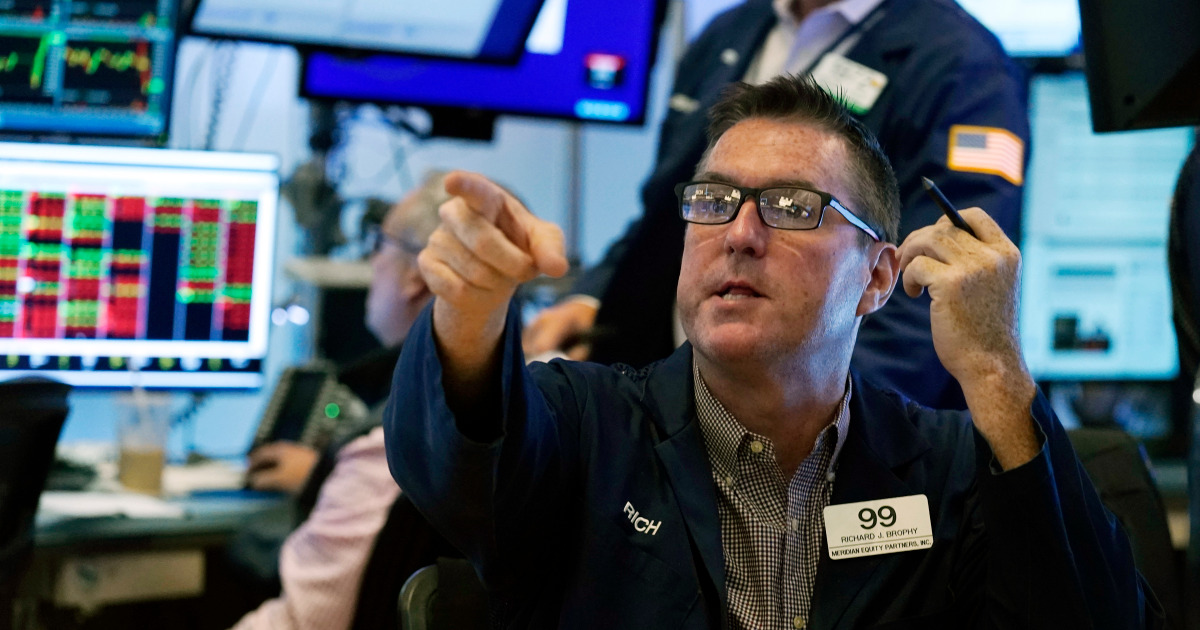 The S&P 500 fell 0.4 percent, with most of the companies in the benchmark index losing ground. Banks, industrial stocks and companies that rely on consumer spending accounted for a big share of the decline.

Technology stocks bucked the trend, helping counter some of the broader slide. Small company stocks took some of the heaviest losses.

The pullback brought the major stock indexes slightly below the record highs they set a day earlier. Treasury yields rose.

Investors sized up mixed quarterly earnings reports from Goldman Sachs, JPMorgan Chase, PepsiCo and other big companies. They also got another snapshot of how inflation continues to show up in the economy as a rapid spike in consumer demand and supply constraints translate into higher prices for consumer goods.

The latest report from the US Department of Labor showed yet another increase in consumer prices in June that surprised economists.

“You had the element of just incredible earnings reported for the most recent quarter, but in some of the commentary that came out there were some questions about, ‘OK, what about cost pressures going forward?’” said Alan McKnight, chief investment officer at Regions Asset Management. “Then you pair that with the inflation report today where we see another high print.”

Inflation has been a lingering concern for the markets as investors try to gauge how it will impact everything from the trajectory of the economic recovery from the coronavirus pandemic to what actions the Federal Reserve will take to tackle it.

The Labor Department said Tuesday that prices for US consumers jumped in June by the most in 13 years, extending a run of higher inflation that has been raising concerns on Wall Street that the Federal Reserve might consider withdrawing its low interest rate policies and scaling back its bond purchases earlier than expected.

Much of the increase in prices for goods, such as used cars, is mostly tied to a surge in demand and lack of supply. But prices for many items, like lumber and other raw materials, either is easing or will ease as suppliers continue to ramp up operations, said Jamie Cox, managing partner at Harris Financial Group.

“That’s a problem and it shows up in all kinds of places but it’s not going to be there forever,” Cox said.

Major companies opened up the latest round of corporate earnings, with investors listening closely for clues about how companies have fared during the recovery and how they see the rest of the year unfolding.

“The financials have had that real tailwind of rates going higher,” McKnight said. “We’ve already priced that in. Now it’s almost a ‘show me’ story. Can you actually prove that you can deliver earnings at a much higher clip once we get back to a more normalised environment?”

Conagra Brands slid 5.4 percent for the biggest drop in the S&P 500 after the owner of Chef Boyardee and other packaged food brands gave investors a weak financial forecast, citing inflation pressure. Fastenal, a maker of industrial and construction fasteners, also said it expects more pressure from inflation in product and transportation costs. The stock fell 1.6 percent.

Bond yields reversed course from early trading and rose to 1.42 percent from 1.36 percent late Monday. Overall, yields have been falling for months after a sharp spike earlier in the year.

The calmer bond market is partly signalling more confidence that rising inflation will likely be temporary and tied mostly to the economic recovery.

“That narrative is pretty well anchored and the bond market doesn’t fear the Fed tapering or raising rates,” Cox said.

Boeing fell 4.2 percent after the company announced production cuts for its large 787 airliner because of a new structural flaw in some planes that have been built but not delivered to airline customers.