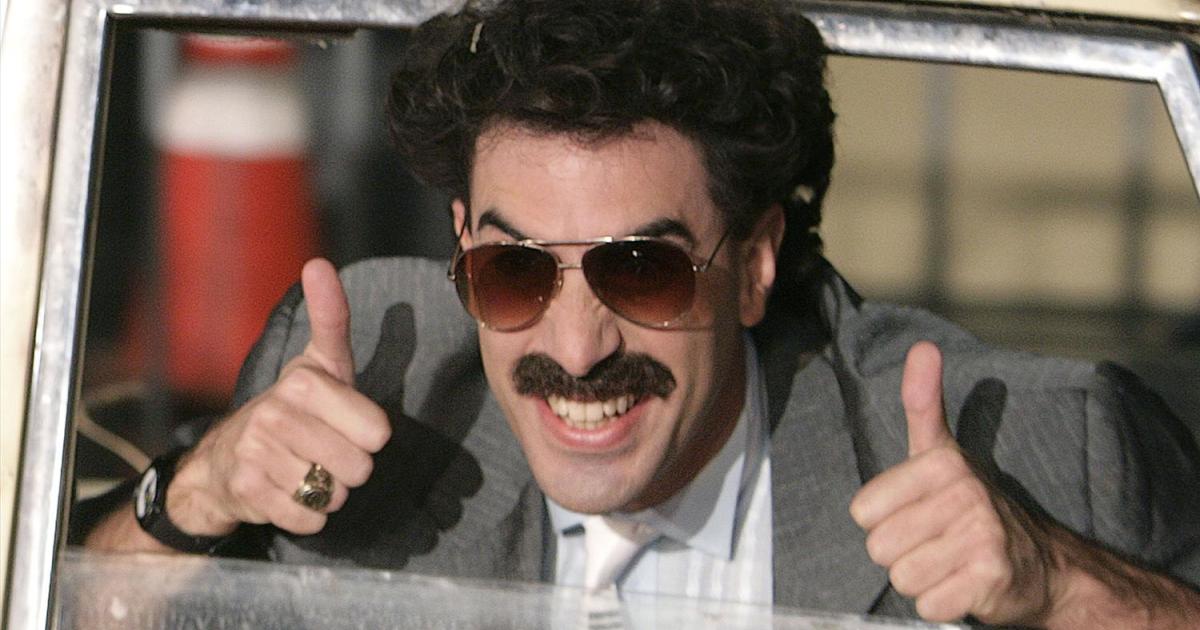 Sacha Baron Cohen, who created and plays the character Borat, is seeking $9m from Solar Therapeutics Inc, a Massachusetts-based cannabis dispensary that used the character on a billboard.

Actor Sacha Baron Cohen has sued a Massachusetts cannabis dispensary he says used an image of his character Borat on a billboard without his permission, according to documents filed in United States District Court in Boston.

The billboard for Somerset-based Solar Therapeutics Inc. showed Baron Cohen posing as Borat with two thumbs up and the words “It’s nice!” — one of Borat’s catchphrases.

“By use of the billboard, the defendants falsely have conveyed to the public that Mr. Baron Cohen has endorsed their products and is affiliated with their business,” read the complaint filed Monday. “To the contrary, Mr. Baron Cohen never has used cannabis in his life. He never would participate in an advertising campaign for cannabis, for any amount of money.”

The billboard along a Massachusetts interstate highway was taken down in April, three days after Baron Cohen’s attorneys sent a cease-and-desist order to the dispensary, according to the suit.

Baron Cohen and his California-based company Please You Can Touch LLC are seeking $9m in damages.

A lawyer for Solar Therapeutics said he was aware of the suit.

“Upon receipt of the cease-and-desist letter from Mr. Cohen’s legal counsel Solar immediately requested that the sign company remove the billboard in question,” Nicholas Hemond said in an emailed statement. “As there is an active case before the court, we have no further comment at this time.”