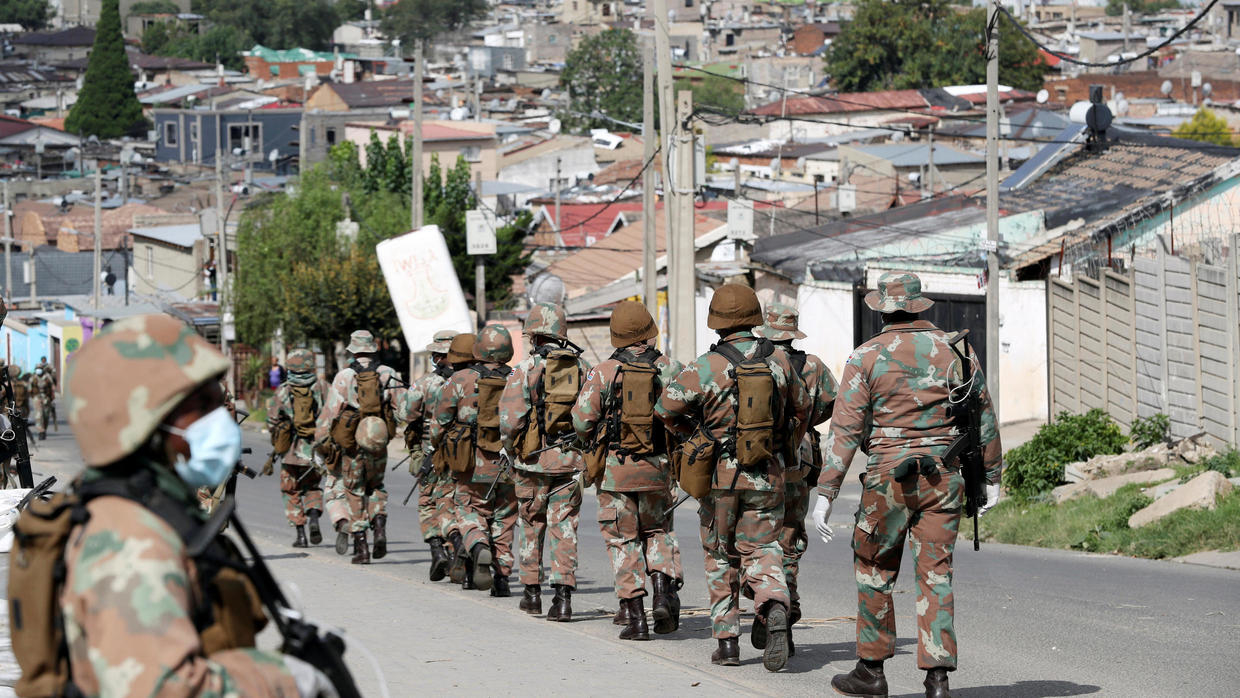 Police fired tear gas at a crowd of Kenyan ferry commuters as the country’s first day of a coronavirus curfew slid into chaos. Elsewhere, officers were captured in mobile phone footage whacking people with batons.

Virus prevention measures have taken a violent turn in parts of Africa as countries impose lockdowns and curfews or seal off major cities. Health experts say the virus’ spread, though still at an early stage, resembles the arc seen in Europe, adding to widespread anxiety. Cases across Africa were set to climb above 4,000 late Saturday.

Abuses of the new measures by authorities are an immediate concern.

Minutes after South Africa’s three-week lockdown began Friday, police screamed at homeless people in downtown Johannesburg and went after some with batons. Some citizens reported the police use of rubber bullets. Fifty-five people across the country were arrested. The country leads Africa with more than 1,000 cases.

In an apparent show of force on Saturday, South Africa’s military raided a large workers’ hostel in the Alexandra township where some residents had defied the lockdown.

In Rwanda, the first country in sub-Saharan Africa to impose a lockdown, police have denied that two civilians shot dead Monday were killed for defying the new measures, saying the men attacked an officer after being stopped.

And Zimbabwe, where police are widely criticized by human rights groups for deadly crackdowns, is set to enter a three-week lockdown on Monday. The country’s handful of virus cases already threatens to overwhelm one of the world’s most fragile health systems.

In Kenya, outrage over the the actions of police was swift.

“We were horrified by excessive use of police force” ahead of the curfew that began Friday night, Amnesty International Kenya and 19 other human rights groups said in a statement issued Saturday. “We continue to receive testimonies from victims, eyewitnesses and video footage showing police gleefully assaulting members of the public in other parts of the country.”

The tear gas caused hundreds of people trying to reach a ferry in the port city of Mombasa ahead of the overnight curfew to touch their faces as they vomited, spat and wiped away tears, increasing the chance of the virus’ spread, the rights groups said. Even some health workers reported being intimidated as they tried to provide services after the 7 p.m. curfew.

‘People must be treated humanely’

The police actions were unacceptable and “brutal,” the Kenya Conference of Catholic Bishops’ Justice and Peace Commission said in a separate statement.

“I am appealing to our people to make it very unnecessary for them to engage with police by staying at home,” Kenya’s Cabinet secretary for health, Mutahi Kagwe, said. “I am also urging the police that people must be treated humanely.” The country has 38 virus cases.

Kenya’s interior ministry on Saturday replied to criticism in a statement saying the curfew “is meant to guard against an apparent threat to public health. Breaking it is not only irresponsible but also puts others in harm’s way.”

Kenya’s government has not said how many people have been arrested. Because courts are also affected by virus prevention measures, all but serious cases will now be dealt with at police stations, the government has said. That means anyone detained for violating curfew faces time in crowded cells.

The Law Society of Kenya will go to court to challenge the curfew on the grounds that it is unconstitutional and has been abused by police, president Nelson Havi said in a statement. The penalty for breaking a curfew is not corporal punishment, he added.

“It is evident that COVID-19 will be spread more by actions of police than of those claimed to have contravened the curfew,” Havi said.

For most people, the new coronavirus causes mild or moderate symptoms, such as fever and cough that clear up in two to three weeks. For some, especially older adults and people with existing health problems, it can cause more severe illness, including pneumonia, and death.

If Kenya goes further and imposes a lockdown, “there is bound to be violence,” said James Shikwati, an economist. People in poor neighborhoods of cities like the capital, Nairobi, will need a way to access food, water and sanitation.

“It will mean for the first day, maybe, they stay indoors,” he said. “Then the second day, when they are hungry, they will move out.”