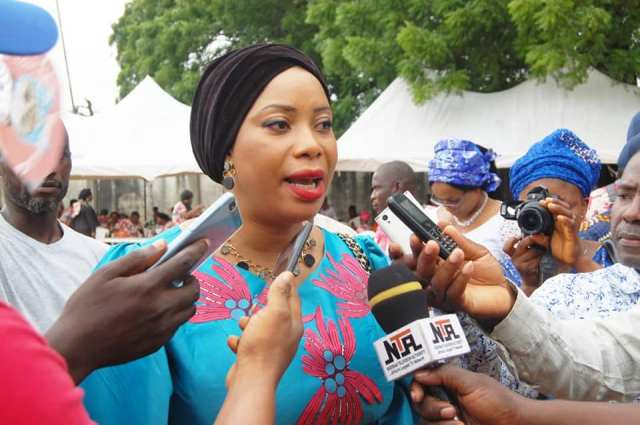 By Joan Odafe
A Lagos lawmaker, Mrs Mojisola Alli-Macaulay, said that she organised a Christmas party for children in Amuwo-Odofin area to make kids in the community happier during the Yuletide.

The lawmaker, representing Amuwo Odofin Constituency 1 at the Lagos State House of Assembly, also said at the party that she wanted the children to experience the joy of Christmas as she did while growing up.

Alli-Macaulay said: “I have a nostalgic feeling of when I was growing up; I always enjoy Christmas because we had so many events and it was always fun.

“We were always looking forward to it; from Christmas clothes to shoes, good food, the merriment.

“I remember growing up in that manner, that’s why I thought ‘what a better way to celebrate my Christmas than having it with the children of Amuwo Odofin?”

She said that the party, tagged, ‘MAMA Amuwo and Kids,’ would be an annual event.

The lawmaker urged Lagosians to be law abiding while enjoying the festivities.

“When you drink, don’t drive, for those of you who will be moving from one place to another,” she said.

Ms Tessy Dike, mother of two, said she was invited by a friend because she was bored at home.

“The party is wow and everything is looking good; what the honourable has done for the children is really wonderful,” she said.

Also, Mrs Kafilat Yusuf, a mother who came with her three children, also expressed her joy, saying “my children are happy, so I am too.”

Nicole Odafe, one of the children at the party, said though she didn’t partake in most of the activities, she was having fun watching how happy other children were.

Another child, Chigozie Obiosa, prayed that God will make the lawmaker successful in her endeavours.