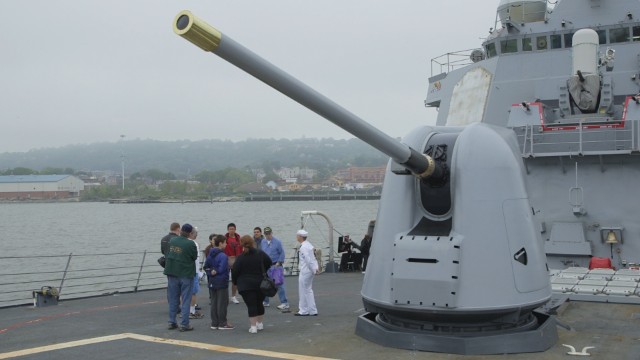 Sudan’s government “explicitly denies” its involvement in the attack and says the payout announced Wednesday is intended to “settle the historical allegations of terrorism left by the former regime.” The country’s longtime President Omar al-Bashir was ousted in a military coup in April following a lengthy popular uprising.

Prime Minister Abdalla Hamdok said the agreement was made “to meet the conditions set by the US administration to remove Sudan from the list of state sponsors of terrorism in order to normalize relations with the United States and the rest of the world.”

The Cole was attacked by suicide bombers in a small boat filled with explosives while refueling in the port of Aden in Yemen. The attack also wounded 39 sailors.

The bombing was attributed to al Qaeda and foreshadowed the September 11, 2001, attacks on the United States, less than a year later.

In 2014, a US court concluded that Sudan had provided Qaeda with aid that led to the attack, awarding the families $35 million in compensation.

Negotiations are now underway to come up with a settlement agreement for the victims of the 1998 East Africa embassy bombings in Kenya’s capital, Nairobi, and Dar es Salaam in Tanzania, Sudan’s Minister of Information Faisal Mohamed Saleh told CNN.

The settlements could clear the path for Sudan to obtain debt relief. The country is crippled by a dire economy that’s prevented its transitional government from tackling fuel shortages and a long-term liquidity crisis.

CNN’s Ryan Browne and Barbara Starr contributed to this report.