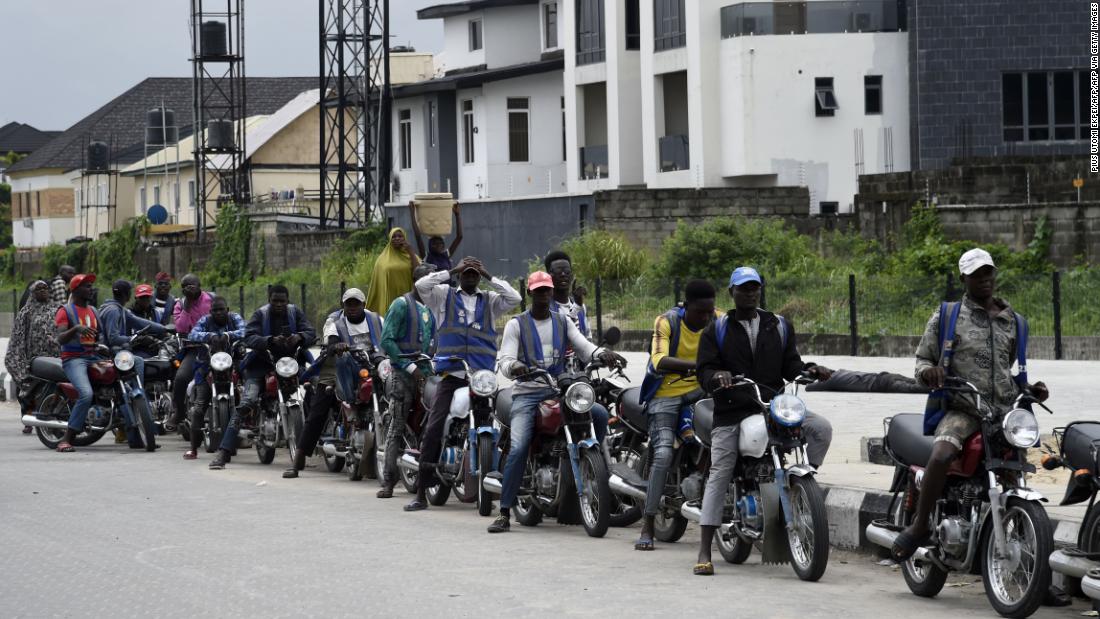 The city has experienced widespread disruption following a recent ban on motorcycle and tricycle taxis, popularly known as okada and keke Napep in the city.
The ban went into effect on February 1 and prohibits drivers of those vehicles from using a number of routes in the city.

Commuters have been left stranded, struggling with fare hikes, and getting onto packed public transport. Drivers of these vehicles also have to contend with the loss of income following the ban.

Fahim Saleh, Gokada CEO says the company has stopped the transport aspect of its business, leaving at least 800 drivers without any source of income.

It also laid off 50% of its staff involved in transport operations in Lagos. “As a business, we kind of have to just roll with the punches and a lot of those people that we had to lay off were very focused on the transport sector of the business,” Saleh told CNN.

Faced with the prospect of declining revenues, the company is now pivoting into delivery and logistics with the launch of its own boat hailing service over the next few weeks after meeting sea transport requirements.

“When I was in Lagos I saw that the waterways were empty… So, in 2019, I ordered two boats literally on Alibaba. They are 24 passenger boats with a bathroom enclosed,” Fahim Saleh, Gokada CEO said.

According to Saleh, Gokada, Max.ng, and ORide (a subsidiary of Chinese backed OPay) are in talks with the government on how to include ride hailing services in their future plan for Lagos.

The ban comes at a particularly crucial time for these startups, many of whom had recently raised investment capital to boost their businesses.

Max.ng raised $7 million in a funding round led by Novastar Ventures and Japanese manufacturer, Yamaha, in June 2019. While Gokada raised $5.3 million in funding from Rise Capital in May 2019.
Economic analyst Nonso Obikili, of the Turgot Centre for Economics and Policy Research says the ban will diminish investor confidence in the Lagos, particularly as the government previously encouraged these companies to invest millions of dollars in technology and manpower in the city.

“Last year the government got into agreements with the bike-hailing companies to become more formalized in their operations in Lagos and overnight the policy has been pulled out without any consultations or planning, Obikili said.

“That dampens investor sentiments because they can see that the government can just easily change the policy affecting their investments. This could limit future investments in Lagos,” he said.

Meanwhile, the Lagos state government says it will provide alternative jobs for those who lost their jobs following the ban.

Citing the Lagos State Employment Trust Fund (LSETF), which provides access to loans for small businesses in the city, the government said it is committed to curtailing possible unemployment.

The Lagos state government also says it has laid out 500 extra buses to minimize the disruptive effect of the ban, but analysts say there aren’t enough transport alternatives available in the city to sustain a ban of this scale.

“A city like Lagos needs an inner-city rail transport system. That is not something you can finish in six months or a year. But once you have that kind of thing people naturally gravitate towards that and away from kekes and okadas,” he said.

Samuel Adebayo, a construction company worker in Lagos, told CNN that he now walks extra kilometers to get to work because there aren’t enough alternatives to commercial tricycles and motorcycles.

“It is affecting many people because this thing just happened suddenly, without notice. So, people are trekking, they are stressing…” Adebayo said.

Businesses and individuals in the city have also reported the loss of productive time as workers now spend time more time in traffic.

Folashade Olufe, a customer service specialist in Lagos says when the ban was effected, members of her team came in late, using up time meant for work in traffic.

“I missed a lot of deadlines today because those who were supposed to support me came to work late and it is a ripple effect, it is going to keep affecting a lot of things if nothing is done about it on time,” she told CNN.

But the Lagos state government has continued to defend the decision saying it was needed because of deaths, accidents, and disorderliness caused by the vehicles.

“The ban is a security issue, and Okada has been used by criminals to rob. Besides Keke napep and Okada are not part of the greater Lagos plan, they are not in the picture of future Lagos we want,” Gbenga Omotosho, state commissioner for Information and Strategy told CNN.